Covid-19: Madagascar Blast WHO For Not Endorsing Its Herbal ‘Cure’ 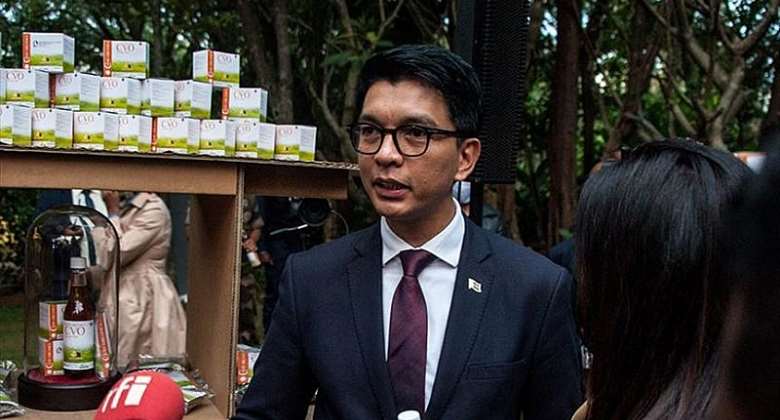 President Rajoelina said World Health Organisation (WHO) has shut eyes because a drug to combat COVID-19 has been discovered by a poor African country.

Last month, the Malagasy president officially launched COVID-Organics (CVO), an organic herbal concoction, claiming that it can prevent and cure patients suffering from the novel coronavirus.

“If it were a European country which had discovered this remedy, would there be so many doubts,” he said in an exclusive interview with France 24, Paris-based international television news network and Radio France International.

”The problem is that it comes from Africa. And they cannot accept that a country like Madagascar, which is one of the poorest countries in the world, has discovered this formula to save the world,” he added.

The World Health Organization (WHO) had warned against the use of CVO without any medical supervision and cautioned against self-medication. The WHO further said that they have not approved the concoction for the patients suffering from COVID-19.

On Thursday, the WHO, however, has called for clinical trials of CVO.

“COVID-Organics is a preventive and curative remedy against COVID-19, which works very well,” said President Rajoelina.

He attributed recovery of 105 COVID-19 patients in Madagascar to the herbal potion.

“A marked improvement was observed in the health of the patients who received this remedy just 24 hours after they took the first dose. The cure was noted after seven days, even ten days. This remedy is natural and non-toxic,” he said.

Madagascar has donated CVO, which is claimed to cure the COVID-19 to several African countries.

Last week, the African Union in a statement said it is talking with Madagascar to obtain technical data regarding the safety and efficiency of the herbal remedy.