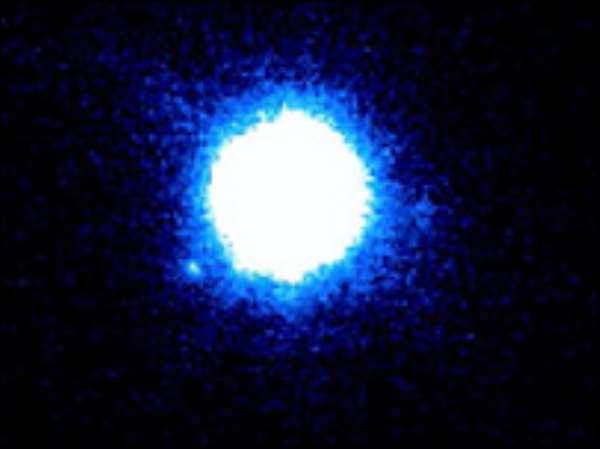 Mini planetary systems may orbit cosmic objects that are 100 times smaller than our Sun, research suggests.

Discs of gas and dust, the ingredients needed to create such systems, have been seen circling these relatively small objects, dubbed "planemos".

If the discs were capable of evolving larger aggregations of material, it would blur the definition of the word "planet", scientists said.

The work was presented at the American Astronomical Society meeting in Canada.

The study is based on observations from European Southern Observatory (ESO) telescopes. It looked at a number of recently identified planemos (an unofficial term sometimes used to describe planetary mass objects).

Located about 450 light-years away in a star-forming region, four of the objects are just a few million years old, making them cosmic "newborns". They have masses between five and 15 times that of Jupiter.

But unlike Jupiter, these objects are floating through space without an accompanying star.

Infrared emission reveals the planemos are circled by dusty discs, which scientists believe could evolve into planets, comets and asteroids over time, in much the same way our own Solar System's planets are believed to have formed billions of years ago.

"Now that we know of these planetary mass objects with their own little infant planetary systems, the definition of the word 'planet' has blurred even more," said astronomer Ray Jayawardhana, from the University of Toronto, Canada, and lead author of the study.

"In a way, the new discoveries are not too surprising - after all, Jupiter must have been born with its own disc, out of which its bigger moons formed."

In separate study, researchers revealed that a companion body to a young brown dwarf (a failed star), designated 2M1207 and located 170 light-years away, was also surrounded by a disc.

Scientists had already detected a disc around the brown dwarf, but the new results suggest smaller planets or asteroids could also form in the material circling the planetary companion as well.

This planetary mass companion - it is about eight times the size of our Jupiter - was the first-ever exoplanet to have been imaged directly by a telescope.

"The pair probably formed together, like a petite stellar binary," explained lead author Subhanjoy Mohanty from the Harvard-Smithsonian Center for Astrophysics, "instead of the companion forming in the disc around the brown dwarf, like a star-planet system."

Professor Jayawardhana, who also worked on the study, added: "The diversity of worlds out there is truly remarkable. Nature often seems more prolific than our imagination."