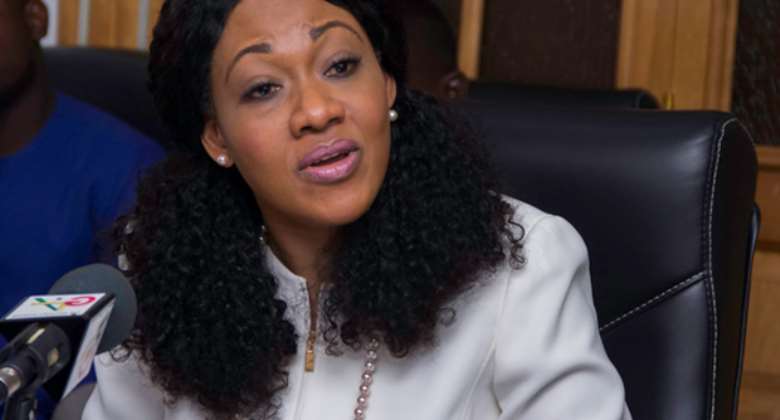 The Electoral Commission (EC) has responded to accusations made against it by the Minority Leader, Haruna Iddrisu that it received Covid-19 support from government.

The Minority Leader had registered the displeasure of the NDC on the management of the coronavirus by the EC as far as the compilation of new voters register is concerned.

But the EC in a statement signed by its Acting Director of Public Affairs, Sylvia Annoh, expressed grave concern about the comments made by the Minority Leader during a press conference held on May 7, 2020.

The Commission denied claims by the Minority that it had received personal protective equipment.

It says in the statement that “the Commission has not stated anywhere that it has received personal protective equipment from Government as stated by the Minority Leader during the press conference.”

“For the avoidance of doubt, the Commission has not received any protective equipment from the Government. The Commission finds it troubling that, the Leader of the Minority party in Parliament will put out information of this nature without substantiating its authenticity.”

It says since the outbreak of the Covid-19, it has taken concrete steps in adhering to the rules and regulations regarding the protocols spelt out by the Ghana Health Service and the Ministry of Health and therefore has not violated any safety protocols in the discharge of its duties.

The EC says it takes collective decision on all electoral processes in conformity with the country’s republican constitution.