Back to school in France, a balancing act for teachers in the shadow of Covid-19 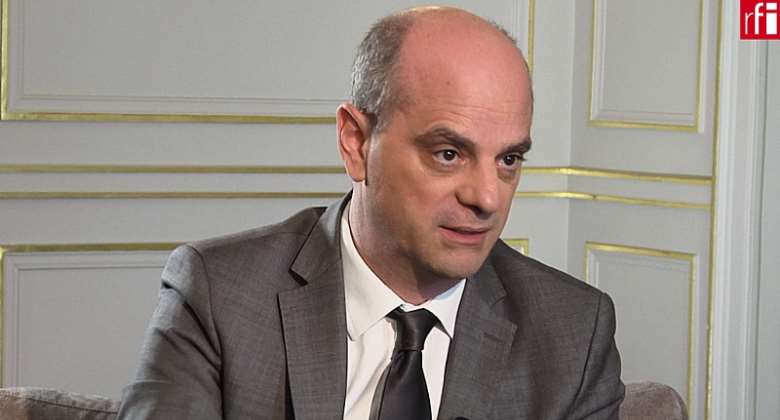 As of this Monday, teachers in hundreds of primary schools across the country are preparing their classrooms for students to return this week. This means putting in place the necessary procedures to safeguard against coronavirus contamination - not an easy task in some cases.

France's Education minister Jean-Michel Blanquer says that he hopes that "all children will be able to go back to their school at least once by the end of May."

In an exclusive interview with the weekly newspaper Journal du Dimanche on Sunday, he said that after 55 days of lockdown, 86 percent of France's 50,500 schools would open on 11 May.

This figure represents more than 1.5 million children out of 6.7 million primary school-age students.

The remaining primary schools are to re-open by the end of the month.

Junior and senior highschools (collèges, lycées) will open later depending on the colour-coded map designed to indicate regions where lockdown measures are to be maintained.

Around 50 percent of teachers will return to work on Monday to welcome back their students in classes of 15 students, he said, while those not present would continue to teach their classes from a distance as they've been doing for the last two months.

Students will have to be seated a minimum of one metre away from each other and avoid crossing paths with other students in the corridors and courtyards.

For small schools finding it difficult to adapt to the list of strict hygiene measures required, the minister said he was encouraging other forms of activity to take place outdoors such as sport, health and culture, some away from school grounds.

Blanquer said the government had set aside €250million towards financing these extra activities in collaboration with local services in charge of museums, parks and cultural centres.

Children in difficulty from disadvantaged backgrounds and children whose parents work in certain sectors such as health, would be prioritised, the minister explained, adding that getting all classes back would be a gradual process.

"The objective is not to wrap up the year's programmes at all costs, we must look at how to spread the work load between this year and next."

Last Friday, Blanquer told France Inter radio that in some cases catch-up classes would be paid for by the government during the summer (4 July-1 September) to help children who had lost contact with school during confinement to stay on track.

There has been concern that too much pressure was being put on mayors of individual towns to make the difficult decision to re-open their schools without the necessary logistical help.

More than 300 mayors from the Il-de-France region, which is still in a so-called 'red' zone, signed a petition last week alerting President Emmanuel Macron to their concerns and calling for a post-ponement.

When asked about this, Blanquer reassured mayors that if a child fell ill with coronavirus at school, the state would carry the legal responsibility, not the mayors.

Voluntary, not mandatory
Another point of contention has been the decision to make going back to school a voluntary one.

Parents have been issued with surveys from their schools asking whether or not they want to send their children to school, and in the case they said yes, it would on the understanding that it would be only part time, in many cases with no extra services such as after school care or canteen meals.

When asked about the wearing of masks, Blanquer said 2.3 million had been ordered for the week of 11 May to be distributed among teaching staff, with another order on its way for 18 May.

Teachers, high school students and cleaning staff will be required to wear one at all times, whereas primary school children will not be obliged to wear one.