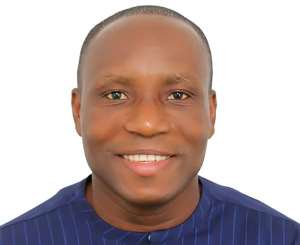 All eight contacts traced to the first COVID-19 positive case recorded in the Ellembelle District in the Western Region on 4th May have tested negative.

The District Chief Executive (DCE) of Ellembelle, Kwasi Bonzoh, disclosed this in a press statement.

He said the first person to have tested positive to COVID-19 in the region has subsequently tested negative for the second test but currently waiting for the result of the third test before he could be declared as healed.

“It is heartwarming to disclose that we have received the test results of the first case together with the eight contacts traced so far who are residents in Ellembelle District and they have all tested negative for COVID-19 as at Sunday, May 10. 2020. They have been informed accordingly. However, in line with COVID-19 case management protocols, the first confirmed case is to undergo another test to ascertain recovery for the disease. He will, therefore, remain self-isolated until the next result confirms recovery from the disease.“

The Ellembelle District on 7th May 2020 also recorded its second positive COVID-19 case where 10 contacts were traced.

“Results for the second case and contacts have not been received yet. The case and the eight traced contacts resident in Ellembelle District are still under self-quarantine awaiting the result for further action. Meanwhile, the two contacts who are non-residents of Ellembelle have been traced and handed over to Efia-Kwesimintim Municipal Health Directorate for further action. While waiting for the results of the samples sent for testing, our COVID-19 team are still not relenting on their efforts on enforcement of protocols including daily follow-ups on patients and contacts traced in both cases, intensification of community sensitization especially against stigmatization as well as aggressive tracing and testing.“

Kwasi Bonzoh, in his statement, also urged residents of the Ellembelle District to stay calm and follow all protocols

“I wish to continue to urge all residents of our District to remain calm and help us to contain the spread of this highly contagious virus by strictly adhering to all COVID-19 preventive measures and directives. Let us protect each other's lives by observing social and physical distancing protocols, frequently washing our hands with soap under running water, avoiding shaking of hands, wearing our masks at all times and staying at home as much as possible.”

The Western Region has so far recorded 52 positive COVID-19 cases which the Ellembelle District has contributed two cases as at 11th May 2020.