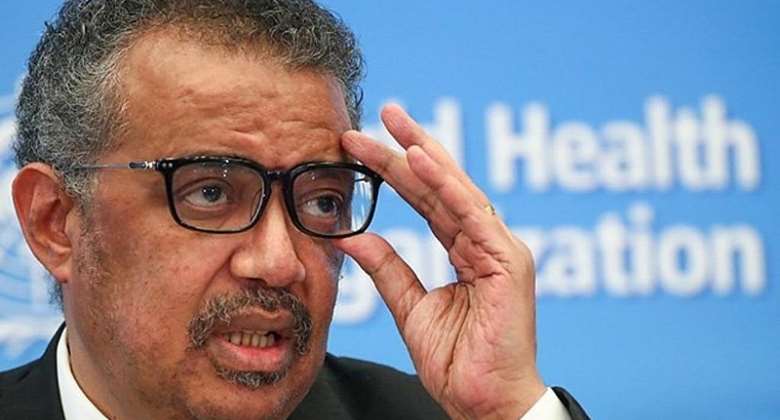 “Der Spiegel reports of a 21 January, 2020, telephone conversation between WHO Director-General Dr Tedros Adhanom Ghebreyesus and President Xi Jingping of China are unfounded and untrue,” according to the WHO statement published on 9 May.

Der Spiegel, citing sources within the German foreign intelligence service Bundes Nachrichtendienst (BND), claimed that the Chinese president had asked Tedros to “withhold information about person-to-person transmission and to delay a pandemic warning”.

According to Der Spiegel, the BND calculated that the world “lost four to six weeks” in the fight against the Covid-19 virus as a direct result of China's lack of transparency.

But according to the WHO, Tedros and Xi did not speak on 21 January, and, in fact, “have never spoken by phone”.

''Such inaccurate reports distract and detract from the WHO's and the world's efforts to end the Covid-19 pandemic,” the organisation added, noting that China “confirmed human-to-human transmission of the novel coronavirus on 20 January,” one day before the alleged phone call.

Taiwan in the picture?
Meanwhile, the US, which on 7 April announced that it will stop contributing to the WHO, is pushing the global body to defy Chinese pressure and invite Taiwan to the organisation's annual meeting, which will discuss the coronavirus pandemic.

The United States itself has yet to confirm its participation in the May 18-19 talks of the World Health Assembly.

"I want to call on all nations, including those in Europe, to support Taiwan's participation as an observer at the World Health Assembly and other relevant United Nations venues," US Secretary of State Mike Pompeo told reporters.

China, which has veto power on the UN Security Council, considers Taiwan a province awaiting reunification and fights to block it from all international institutions.

Taiwan has become a model for its swift response to the coronavirus outbreak, with just six deaths despite its close proximity and extensive economic ties with China, and has donated masks and other supplies around the world.

Until Trump's announcement, the United States was the top contributor to the WHO, giving more than $400 million a year to help global efforts to combat illnesses including malaria and polio.