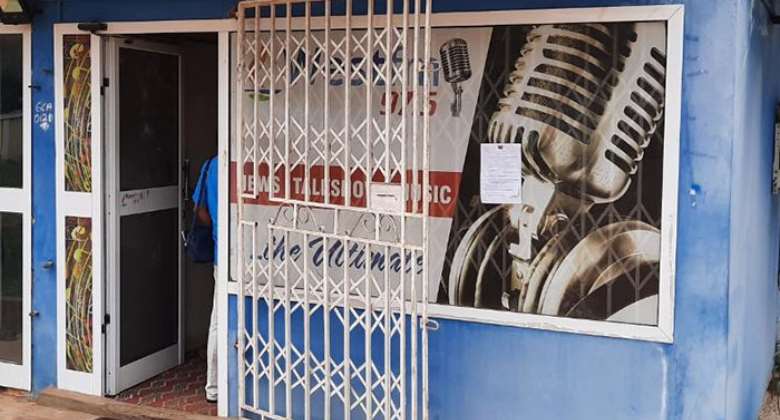 The entrance of West FM

A former worker of West FM Company Limited in Ho, the Volta regional capital, has caused the closure of the radio station in furtherance of a sale order by the Ho District Court.

The court had issued the order for the sale of the radio station following a suit by the former employee, Komla Addo, who said the station had failed to settle his unpaid salaries while he was working there.

Mr Addo, who was instrumental in getting the station on air, left their employment in December 2018, sources close to the station have said. He had since been trying to recover his unpaid salaries and other monies owed him by the station but to no avail.

The court granted him his plea and issued an order for the sale of the movable and immovable properties of the station.

The order, which was made as far back as April 2019, was appealed by the defendant/debtor. Unfortunately, the court upheld the earlier order.

To this end, the former employee in the company of a bailiff went to paste the order on the premises of the station on Friday, May 8, 2020.

His Worship Robert Addo ordered that all movable and immovable properties belonging to the station, including transmitters, mast, computers, photocopiers, furniture among others, be sold to defray the debt.

Other items affected by the order included the secretarial shop with its contents as well as “any other assets of the defendant/debtor found anywhere.”

As at the time of filing this story, the station which had gone off most part of the day, had come back on air. It is not clear what could have accounted for the development.