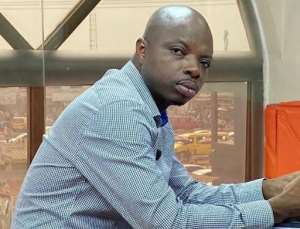 It would be recalled that the former president's lawyer, Tony Lithur, had written to the CID on behalf of Mr. Mahama, saying Kwame Baffoe Abronye, made the allegations against Mr Mahama during a television programme on Net 2 in April 2020.

Mr Lithur had said the Regional Chairman during that same television programme stated that Mr Mahama and the NDC were plotting to assassinate some NPP members.

He said “His Excellency John Dramani Mahama has firmly instructed me to say that the allegations are, of course, false: and for the avoidance of doubt, would like to state that neither the NDC nor he has planned to hire, hired or cause to be hired, or instructed any persons or persons to murder or assassinate anybody.”

“Abronye DC is a prominent member of the ruling NPP, and while his false, outrageous and inflammatory accusations are clearly politically motivated, they are also likely to expose my client and members of the NDC to attacks from Abronye DC's political party sympathizers,” Mr Lithur noted in the letter that notified the CID that the comments by Abronya DC were defamatory.

Mr. Mahama had through his lawyer requested that investigations be conducted into Abronye DC's false allegations and their publication.

But in Abronya DC in his letter dated May 11, says a politician of his caliber cannot make an allegation or claim without evidence.

He says “following from the above, I wish to state categorically that, a politician of my caliber acknowledging very well the laws of this country, I will never make any statement, allegation or utterance (s) without the necessary evidence having at the back of my mind that, as a legal norm in Ghana and other Commonwealth countries, “he who alleges must prove.”

He says Mahama’s letter to the CID has proven to him that the former President has no respect for Ghanaians and the Police Service “because at paragraph 3 of his complaint to the police service, he (John Mahama) described me as a person with an unhinged mind.”

He cited the request for the arrest, investigation and prosecution of Col. Lante Lawson, ADC to late Prof. Mills as one reason for linking the former President to the alleged murder.