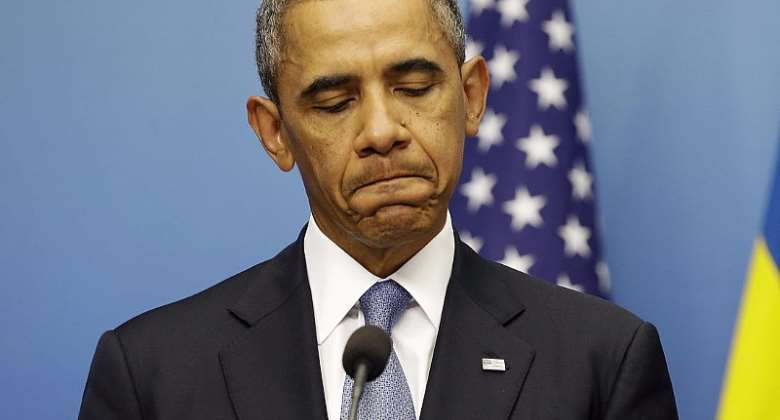 Former US President Barack Obama has strongly criticised his successor Donald Trump over his response to the coronavirus crisis.

In a private conference call, he called the US handling of the pandemic "an absolute chaotic disaster".

His remarks were made while encouraging former staff to work for Joe Biden's presidential election team , CNN says.

During the call, Mr Obama said his Republican successor's approach to government was partly to blame for the US response to coronavirus.

"It would have been bad even with the best of government," he was quoted as saying in the call. "It has been an absolute chaotic disaster when that mindset of 'what's in it for me' and 'to heck with everybody else', when that mindset is operationalised in our government."

What is the coronavirus situation in the US?
More than 77,000 people have now died and the US has 1.2m confirmed cases - both by far the highest in the world.

Many states introduced lockdown measures in March but have now lifted restrictions, allowing people to return to work.

But health officials warn this may lead the virus to spread further.

Mr Trump's approach to the pandemic has oscillated. In February he dismissed the threat, saying it would disappear, but by mid-March he acknowledged its severity.

In April he suggested that ingesting disinfectant could be a treatment - something experts immediately rejected.

Last week he announced he would close down his government's coronavirus task force , but later said it would continue - but focusing on reopening the economy.