Re: Coronavirus-Dumsor Politics; Dr Bawumia Was Spot On With Analysis – Adom-Otchere 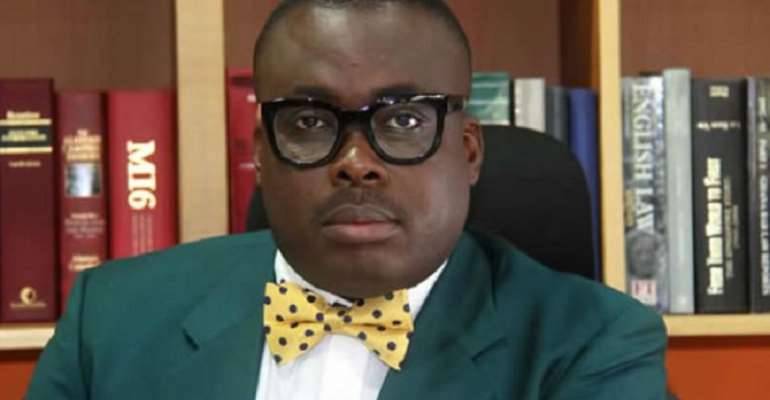 There exists folklore in India that elucidates on intellectual and intercultural consciousness by illustrating how diverse perspectives culminate in different points of view. This fable is otherwise known as the six blind men and the elephant. Many years ago, six old blind men lived in a village in India.

“Paul Adom Otchere has backed the Vice President in his analysis of the economy in times of crises that befell the erstwhile Mahama administration and what the Akufo-Addo administration is dealing with now. According to Adom-Otchere who hosts Good Evening Ghana, Alhaji Dr. Mahamudu Bawumia’s comparison was not "apples and oranges" but rather it is economic crisis and the variations that followed it" (Source: GHANAWEB.COM, Wednesday, May 6, 2020). Individuals are not influenced by fact but by the interpretation of fact. Dear Paul, there is no black and white answer to the subjective topics like what you did bring on board. I will not say you are biased or swayed from facts as you have carved a niche as an impeccable broadcast journalist of historical and legal erudition, because individuals have nurtured their nuanced view of bias. Nonetheless, I crave on your indulgence to halt using your program as a political juggernaut, clamping down on the views of the opposition parties in favor of your democratic comraderies. These are the reasons I think Vice President Bawumia stooped so low in comparing his government management of the Covid-19 pandemic with how President John Mahama managed the energy crisis, and also not making excellent economical choices than the administration of his predecessor.

Firstly, the energy crisis that ex-president John Mahama's administration encountered was a structural one that began in 1997 under President Rawlings, and 2007 under president Kufour. The energy crisis was bequeathed to Mahama's administration because the previous governments adopted ad hoc measures to improve the crisis. Unlike the Covid-19 pandemic, which has global interventions, the energy crisis was purely internal matters which did not warrant international sympathy. For instance, on March 3, 2020, World Bank Group [WBG] announced up to $12 billion in immediate support for the Covid-19 country response. "As COVID-19 reaches more than 60 countries, the World Bank Group is making available an initial package of up to $12 billion in immediate support to assist countries coping with the health and economic impacts of the global outbreak. This financing is designed to help member countries take effective action to respond to and, where possible, lessen the tragic impacts posed by the COVID-19,” (Source: https://www.worldbank.org/en/news/press-release/2020/03/03/world-bank-group-announces-up-to-12-billion-immediate-support-for-covid-19-country-response ). On April 2, 2020, WBG provided $100 million to Ghana to assist the country in tackling the COVID-19 pandemic. Corporate organizations in Ghana have donated towards the management of Covid-19. Yet Bawumia and his boss went for IMF bailout. The above is the reason why I think it was very wrong for Mahamud Bawumia (Ph.D.), to make a comparison between the management of the two afore-cited national crisis. Dear Paul, to say Bawumia’s analysis was spot on; is warped logic.

Paul, you mentioned the restoration of nurses trainee and teacher trainee allowances as some of the useful interventions by Bawumia (Ph.D.) and his boss. I think Mahama was a courageous leader who reasons for thinking of replacing the allowances as mentioned above with the SSNIT student loan scheme made lots of economic sense than the restoration of the allowances for political expediencies. The government of Ghana already paid for tuition fees for all students from primary school to tertiary institutions. Today, public health institutions struggle to employ the number of nurses in the country than before.

The nurse trainee allowance and teacher trainee allowance were introduced to attract more people into those noble professions. The US GDP per capita, according to the World Bank index, stood at $62,794.59 in 2018 as against Ghana's GDP per capita of $2,202.31 in that same year. In the USA, students in colleges pursuing nursing and education depend on loans and grants. The federal government does not absorb the tuition fees. As of now, students in the colleges of education in Ghana are pursuing a bachelor's degree in education not different from their counterparts in UCC and UEW. Why should Bawumia and his boss pay allowances to some category of Ghanaian students and asked others to take a loan? Most of the state and the private hospitals struggle to employ the nurses in the country. Paul, I do understand the role of education and health in the economic development of a country, but, restoring needless allowances to students where student loan is applicable amounts to injecting needless liquidity without corresponding production; a preposterous economic intervention that is destined to usher the economy into a tailspin.

Mahama was a courageous leader who sacrificed his electoral fortunes on holy altars of public convenience. Courage implies an individual's willingness for risk-taking and movement forward, albeit the looming danger. Alfred Adler opined that the act of courage is not only virtuous but characterized by selflessness and others' directedness. We must be bold to take a decision of national interest rather than parochial partisan considerations because the Covid-19 pandemic has exposed essential vulnerabilities within political order; in effect, delegitimizing systemic orthodoxy that Ghanaians have nurtured from the past. Good things are not free, and free things are not good! President Kufour did a terrific job in sensitizing Ghanaians that the government alone cannot take responsibility for everything in the country. A prudent economic manager must inject liquidity when applicable but does not use donor support to promise citizens free things. The economy his heading towards contraction, and journalists like you must help to keep governments on their toes to make an economically prudent decision. I have no intention to downplay your opinion on national issues. Nonetheless, as William Shakespeare observed: "The smallest worm will turn being trodden on, And doves will peck in safeguard of their brood." May God Bless Ghana!