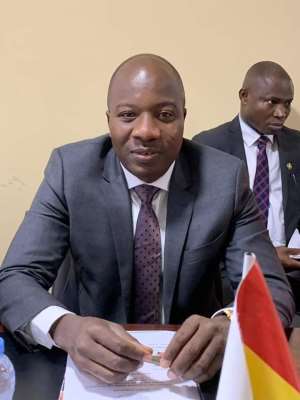 The month of Ramadan is the most precious in the Islamic calendar (Hijri) and it is obligatory for the Muslims to fast in the month of Ramadan. From the glorious qur’an, the scripture reads ‘Indeed, we sent the Qur’an down during the Night of Decree. And what can make you know what is the Night of Decree? The Night of Decree is better than a thousand months. The angels and the Spirit descend therein by permission of their Lord for every matter. Peace it is until the emergence of dawn’ [Quran 97:1-5]. Muslim belief the significance of the month include;

Given the government of Ghana's directive imposing a ban on all public gatherings like conferences, funerals, festivals, political rallies, Church services as well as congregational prayers at mosques since 16th March, 2020. The use of the media to engaged audience or followers although has been a practice, more attention has been placed on the media for dissemination since the outbreak of the novel COVID- 19. The Bawku Central MP who by himself is a Muslim and appreciates the growing benefit of the Holy Book as sacred from the above-enumerated benefits secured 'Tafseer Radio Air slots' from his share of the common fund, every day including weekends. Although the amount is undisclosed, it is still worthy of spending because the majority of the people of Bawku are Muslims and would benefit from the initiative. This would enable religious leaders, sheikhs, and other Islamic scholars to carry out 'Tafseer’ which is the science of explanation of the Qurān the sacred scripture of Islam, or Qurānic commentary.

The Muslim community is very much grateful to Hon. Mahama Ayariga to have seen the need to help the people of Bawku Municipality seek the face of Allah in this blessed month of Ramadan. The airtime slots have since been coordinated by Alhaji Mohammed Mashood a leading stakeholder, and a businessman in the Bawku Municipality.

This democracy is better than coup d'état in Ghana – Second ...
2 hours ago