No Different Macroeconomic Data Was Shared With IMF – Finance Ministry 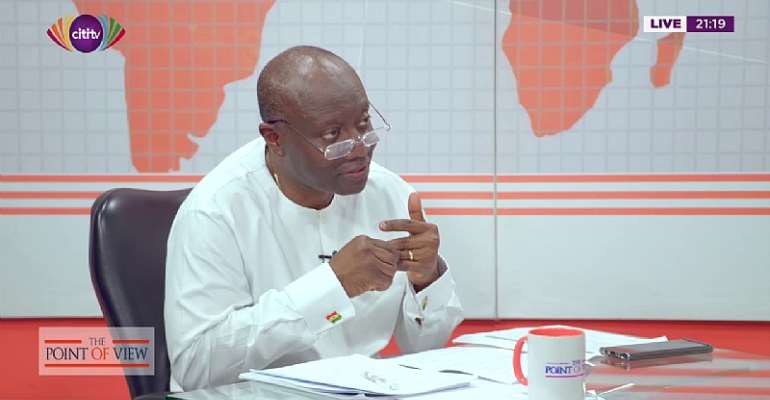 The Ministry of Finance has denied allegations that it shared different figures with the International Monetary Fund (IMF) and the Parliament in contracting the $1 billion rapid loan facility.

The minister in a statement said reports to the contrary are false and misleading.

There have been concerns that the government shared different sets of macroeconomic data with Ghanaians and the International Monetary Fund (IMF). According to some fact-checking organizations, the disparities, were in the figures of GDP Deficit, Primary Balance, Current Account Balance, and Gross International Reserves figures.

The fact-checking organizations concluded that different sets of data were presented because of information coming from the IMF following the disbursement of a $1 billion credit facility upon a request for financial support to the government amid the coronavirus pandemic.

This led to many well-meaning Ghanaians and some Civil Society Organisations called on the Ministry to speak on the allegations leveled against it.

But the Ministry to responding to the issue in a press release via its website on Sunday, May 10, 2020, said the allegations are false and misleading.

“Our attention has been drawn to a publication by fact-checkghana.com of the Media Foundation for West Africa suggesting that the government has shared different macroeconomic data with Ghanaians and the International Monetary Fund (IMF). We wish to state that this assertion is false and misleading,” the Ministry said.

“The first inaccuracy in the said publication was taking the January to September figures, that is the third quarter figures reported in our budget statements and comparing them with the full-year figures reported by the IMF,” it further added.

Meanwhile, the Ministry also gave reasons why there are differences between its figures and that of the International Monetary Fund.

“It is worthy of note that, just as Ghana did in our full-year reports, the IMF in their Ghana Country Report (No.20/110), from which the Media Foundation quoted, both the “Overall balance” and “Overall balance excluding financial and energy sector related costs” have been reported. It is disingenuous for anybody to pick different variables for comparison. The Media Foundation should not do that.,” the Ministry advised.