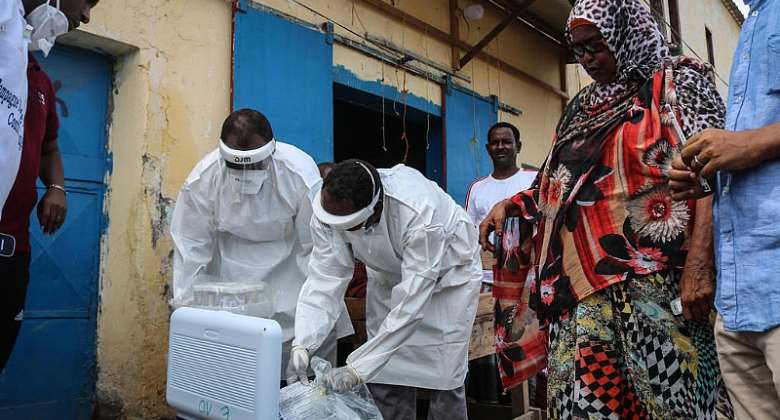 Djibouti, the tiny Horn of Africa nation with the highest prevalence of coronavirus cases on the continent, has delayed plans to begin lifting lockdown measures on Monday.

“The government, via the prime minister, has decided to extend lockdown by another week, through until 17 May,” the foreign minister Mahmoud Ali Youssouf  said in a Twitter post on Sunday. “The pre-requisite conditions for lifting lockdown are not in place.”

In an earlier series of posts, the foreign minister announced lockdown would begin on Monday, largely for economic reasons. Acknowledging the "stakes are high" he insisted "people need to make a living and go to work."

People in Djibouti had been looking forward to using public transport and going to places of worship once more, albeit following strict of measures of protection such as wearing masks and respecting physical distancing.

Borders, however, were not set to open “except for humanitarian personnel who will follow an agreed protocol of prevention to avoid reintroducing a new form of the virus," the foreign minister said.

Youssouf had acknowledged that even with those measures in place, new epicentres of contamination could emerge in the capital city. He said a national taskforce would continue to follow the spread of the virus.

Those fears now seem to have prompted the government to veer on the side of caution.

Worst-affected country in East Africa relative to its population

Djibouti is a tiny but strategically important country that hosts major US and French military bases.

It has recorded 1,189 positive cases of Covid-19. While this is small on a global scale - more than four million people have tested positive worldwide -  it is the highest in East Africa.

Three people have died of Covid-19 in Djibouti.
According to the Africa Centres for Disease Control and Prevention, Djibouti has the highest number of cases in Africa relative to its population of around one million people, although its testing has also outpaced many of its neighbours.

Strict lockdown
On 7 March the capital Djibouti City, where 80 percent of the population live, was put into lockdown and its airport was closed.

On 23 March, the government announced a lockdown would be nationwide. It closed borders and places of worship, banned public transport and allowed only workers in essential industries to go outdoors.

The measures were not fully respected, however, and large crowds continued to gather in the capital city.

President Ismail Omar Guelleh, in power since 1999, warned on 22 March of even tougher measures if the population did not respect confinement rules.

The strict imposition of the lockdown has prompted criticism of Guelleh, who could run for the presidency again next year after term limits were abolished following a change to the constitution.

Ethiopia has direct flights from China where the virus is believed to have originated and Somalia has significant security issues and weak healthcare provision.

The International Crisis Group recently warned of the social economic impact Covid-19 was having in Somalia due to its “very fragile” public health care system.

It referred to a “public health emergency in an electoral minefield” in reference to legislative elections slated for November 2020.

Opponents fear the government could exploit concerns over the virus to postpone elections.

South Africa and Chad have been the worst affected with 9,420 and 8,407 cases respectively, followed by Morocco, Algeria, Ghana, Nigeria, Cameroon and Guinea.