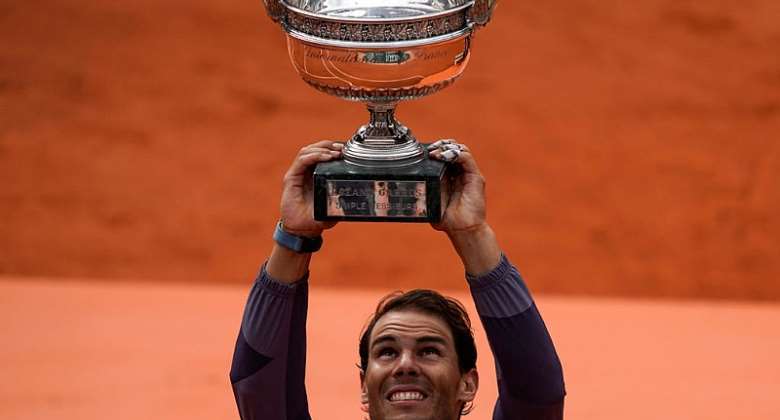 French tennis supremo Bernard Guidicelli has conceded that the rescheduled French Open could be held without the 500,000 fans who flock to the Roland Garros stadium.

Guidicelli and his executives at the French tennis federation (FFT) switched the clay court event from May to September after the French government ordered a lockdown in March as part of its strategy to combat the spread of the coronavirus.

As France prepares to emerge from the restrictions on 11 May, Guidicelli said spectators could be kept away from the fabled courts on the western fringes of Paris and the event might be delayed a week to start on 27 September.

"We haven't ruled out any option,” Guidicelli told the French newspaper Journal du Dimanche. “Roland Garros is first and foremost a story of matches and players.”

The second Grand Slam event of the season is also an annual tale of contracts and sponsorships with TV rights accounting for more than 30 percent of the revenues during the fortnight of action.

"Millions of viewers around the world are waiting. Organising it behind closed doors would allow part of the business model - television rights - to go ahead. This cannot be overlooked.”

In April, organisers of Wimbledon scrapped the competition due to the coronavirus. The third Grand Slam event of the season is the only one played on grass and is traditionally regarded as the most prized of the four Grand Slams.

The US Open, the final major of the season is slated to run from 31 August until 13 September.

Rethink
However with the death toll in the United State at nearly 80,000, the USTA, which oversees the event, says it will decide next month whether it can stage the action in New York.

The French Open was originally tabled to run between 24 May and 7 June. The FFT reconfigured it to start on 20 September, a week after the end of the US Open.

But even that date was considered maladroit as it did not allow American organisers any room for manoeuvre.

The FFT's decision also angered officials running the international tennis circuit because it came unilaterally and clashed with several events including the Laver Cup.

Guidicelli said his organisation had no regrets over changing the dates but said a starting date of 27 September would not make a huge difference to the French.

That would allow a two-week break between the US Open and the French Open and potentially give the US Open some breathing room.

"Roland Garros is the driving force of tennis in France,” said Guidicelli. “It is what feeds the players in our ecosystem. We think of them first, protecting them. We made a courageous choice.”