Again, A Thought For Leah Sharibu 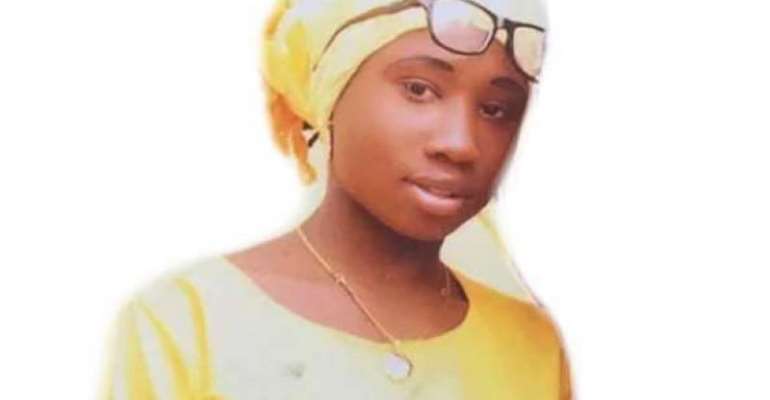 Thursday, May 14, 2020, will mark Leah Sharibu’s 17th year of existence on earth. By that day, she will also have gone deeper into her 3rd year as a captive in Boko Haram’s custody, ministering to the needs of the terrorists in unfamiliar desert terrain. Lest we forget, Leah was abducted, alongside 109 other female students, from Government Girls Science and Technical College, Dapchi in Yobe State on February 19, 2018.

While most of the girls have since been recovered and reunited with their families, the poor girl was denied her freedom after refusing to renounce her Christian religious faith for Islam. Well, Leah’s birthday isn’t the essence of this piece. It is about what her present ordeal portends for the future of Nigeria.

Culture, paraphrasing Edward B. Taylor’s more robust definition, is about ‘the totality of the pattern of behavior of a particular group of people,’ So, Leah Sharibu reminds us of a Yoruba saying: ‘omo eni ku, o san ju omo eni nu lo’ (One’s child is dead is better than one’s child is missing).

Had Leah been involved in an accident and died in the process, people would have mourned her passing and accepted her fate as: ‘God giveth, God taketh.’ Yes, that would have brought a closure to the whole thing and nobody would think about it again.

After all, death is also part of life! But, for the girl to be taken away from a ‘sovereign nation state’, to which her parents had willingly surrendered their powers to self-preserve and fend against enemies, domestic and foreign, is an anomaly. The fact that they will also remember the girl and her plight on a daily basis kills them slowly and erodes their confidence in the Nigerian State. Reports even had it that the teenager is now carrying a baby for the terrorists. Still, government is there, pretending as if there are no Leah Sharibus, still languishing in the terrorists’ den!

Unpretentiously, the first thing as State has as its core responsibility to every citizen is the safety it provides over life and property. Once that is lost, the State no longer has any moral rights to demand civic duties of its citizens. Instantaneously, civic responsibility dovetails into inanities, and makes no sense. Had Leah been the president’s daughter, would the Nigerian State have treated her that way?

When Iyabo, former President Olusegun Obasanjo’s daughter, was molested by some criminals on the way to Cotonou, the man used his mighty powers to close Nigeria-Benin Republic border; and Beninese knew no peace until Hamani Tidjani was arrested and brought back to Nigeria to face justice.

When Yusuf, President Muhammadu Buhari’s son, was also involved in what some Nigerians arguably termed a self-induced accident, Nigeria was literally shut down, until the president’s son fully recovered. But Leah is not even the daughter of a Local Government Chairman, let alone a state governor. So, why mustn’t she be made to bear the negative consequences of being born a Nigerian?

By the way, are Leah’s parents asking the government to be nice to them? I doubt! Again, what is the consolation for Leah’s family and why must the Sharibus believe in a country that has failed them? For God’s sake, do we need to be grandstanding, telling the world that all is well when, indeed, we are not safe in our country, when we are not being protected? If a friend’s daughter was kidnapped and, in two years, nothing has been done by those saddled with the constitutional responsibility of rescuing her, what hope do I have as ordinary citizen, in case it happens to me?

As we know, the principle of reciprocity and being reciprocal are surely not one and the same. They are two different things! While the former connotes a kind of obligation, a cultural tie, attached to it, the latter simply means reciprocating a gesture. Simply put, reciprocity goes beyond just returning a favour. Instead, there is a serious expectation attached to it. It means that the governor of a state will rather die than fail to do what is expected of him. Otherwise, he needs not to take up the role at all, in the first place.

Impliedly, whether it’s Buhari who’s the president or not has nothing to do with the office he occupies, and the constitutional prescriptions of his official roles as president! In the present case, he is only involved because the buck currently stops at his desk. This means he is there because he has to perform the statutorily-stipulated roles! Otherwise, he has lost the moral right to be called the president, except we are saying that he is the perfunctory head of a failed state.

Take it or not: a strategy has to be physical. It has to be seen and capable of being articulated. It must have spelt-out principles, expectations and Modus Operandi so that other people can also use it. Strategy means certain well-thought-out and actionable plans are put in place. Though the journey to the top begins with an idea, when the chips are down, ‘hope’ has never been seen to work the wonders of a strategy. Yes, one can hope against hope! But that will be in the metaphysical realm, where we are expecting certain forces, unknown, indefinable and unseen from the invisible realm, to intervene in our affairs. But, again, that cannot be a strategy!

This also applies to the COVID-19 pandemic that is currently threatening world peace. Nigerians need to be reassured, based on scientific and empirical facts, not just having mere hopes that a pandemic that has reduced prophesies to mind games and revealed their purveyors as stargazers will just wake up one day and disappear. No! It won’t unless the Buhari-led administration comes up with a workable, pragmatic plan that will teach Nigerians how to rise above copy-and-paste safety stuff that seems to be heeding only the clarion call of a virus disease that currently has no vaccine and no medical treatment protocol.

Coincidentally, the World Health Organization (WHO) has warned Africa to stop being copycats! What this means is that it will not be out of place for Nigeria to devise local means and peculiar ways of defeating COVID-19. Unfortunately, from what we have seen, nothing is presently Nigerian! Not even the face masks!

My Son Is Beneficiary Of Free SHS — Kwapong Chief Lauds Akuf...
1 hour ago