Great Respect To The Land Of Africa 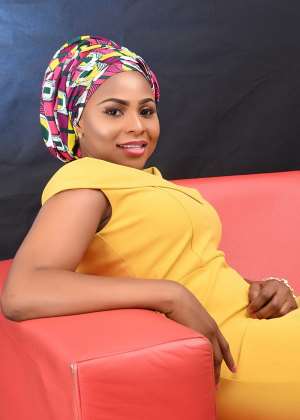 As part of Mother’s Day Celebration today, Africa as a mother deserves to be celebrated as it has cushioned millions of people in its bosom. Its many lands that have provided food and grown herbs to heal diseases as well as giving us shade through the branches of trees.

Beneath these lands are the riches not found anywhere across the world, naming the continent the richest in the world’s history. Gold, diamonds, bauxite, etc. for ornaments, exports, and imports as well as timber from our rich forests.

The numerous beautiful water bodies have provided a good source of water for cooking, bathing, and drinking in addition to its beautiful sceneries as tourist sites. Various types of fishes and cool breezes from the sea have fed the continent from the time before till now.

Africa has equally been said to be the place where the famous and rich from the bible abode in enriching themselves. First, it was Abraham enriching himself in Egypt, then Isaac by visiting Africa was blessed. It is in this same Africa, that Jacob was richly blessed when famine struck the earth. Joseph as well became a prime minister in Africa.

Here in this continent, is where all the twelve tribes of Jacob were spared when the great plague struck the earth. It is here in Africa that the people of Israel, amassed a wealth of gold, silver, and precious stones to build the tabernacle. Africa became the place of abode for Jesus when Pharaoh sought to kill him.

We may not have the large hospitals that other countries have, but Africa could be God's seat on earth. It is undeniably the richest continent, that furnishes life, light, refuge, and resources. It is a place where history has told of so much pain, rejection, and slavery but indigenes aren’t bitter, but rather getting better, and people like this God can move with.

There is going to be a revival that no one has ever seen and African countries will bring in the end-time harvest into God’s Kingdom. It is the time of redemption as God sets up this continent to be a blessing onto the world if we are steadfast in Godly fear and humility.

In the past, Africa has been culturally raped and stripped of its natural resources and innocence but there are great people who are working with lenses of determination to keep the continent afloat. Such include Doctors, actors, musicians, artists, footballers, etc.

In as much as the continent is being kept afloat, we should advocate for made in Africa goods, support our own farmers and local businesses to boost our own economy.

Working in unity will help secure our own natural resources and reduce the amount of unfair foreign trade that is being done. It will benefit us the most if we import less of our natural mineral like gold.

Francis Gurry, Director-General of the World Intellectual Property Organization notes that "Africa has a great tradition of innovation and creativity and has extraordinary creative resource but has often struggled to realize their full economic potentials, and this a call to action that shouldn’t be taken lightly. "

What we need is to focus our attention on better roads in our rural areas and sufficient supply of sanitation products which could be easily accessed by every citizen. We can also help educate the masses by providing easy access to public libraries, parks, sports centers, and other public facilities.

Africa is mostly filled with many factories and other big businesses which is sadly owned by outside companies and foreign investors. This feeds into our unemployment problems which rob many of our aspirations of business opportunities. Countries in Africans need to be vigilant in every aspect of their lives especially when it comes to the subject of economics to upgrade the progress making as a continent.

Africa’s position on the continuum of US foreign policy priorities could use improvement. We need to regulate our own infrastructure and revolutionize into a new leading continent with an A-class economy.

Instead of selfishly selling of lands, we need to rather lease pieces of our land to foreigners and their companies who otherwise seek to outright buy and permanently own our land. This is to ensure that their agenda to occupy our land is temporary and that we still own rights to our land.

Africans are therefore urged to set high standards for themselves and their children as well. Thankfully we are fortunate enough to have low crime rates and low domestic gun violence as compared to the other continents in the world.