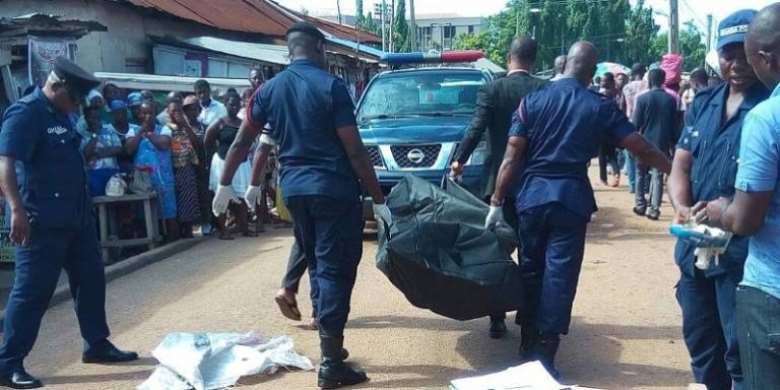 The Upper West branch of the opposition National Democratic Congress (NDC) is blaming the Ghana Police Service for delaying in their investigations to unravel the circumstances that led to the gruesome murder of the late Daffiama-Bussie-Issah (DBI) constituency chairman of the party, Richard Bayiviala Polibon.

The late Richard Bayiviala Polibo was murdered at gunpoint exactly a year ago while returning from a funeral in his constituency.

According to the Upper West Regional Organiser of the NDC, Issahaku Nuhu Putiaha, the chairman and his driver were stopped by four men but his driver, upon realizing they were armed, tried to speed off.

He said one of the armed men shot the chairman in his head, killing him instantly.

Police mounted investigations and announced a bounty for anyone with information leading to the arrest of the perpetrators of the heinous crime.

In a commemorative press statement issued and signed by the Daffiama-Busie-Issa constituency secretary of the NDC, James Wor, the party said, “One year on and justice has since not been served. It is a very grievous precedent in the Region. We still demand justice from our security agencies. We need to be told the state of investigation and efforts put in place to bring the perpetrators to book. It is said that justice delayed is justice denied.”

While dedicating the month of May in remembrance of the late chairman, the statement urged his family and the NDC fraternity to continue to keep calm and pray for the soul of late Chairman.

It said, “We will continue to demand justice for him until the security wake up from their slumber”.

Citi News contacted the Upper West regional police command but they declined to comment at the time of filing this report.

[Video] We can retaliate but we want the laws to work — Angr...
56 minutes ago