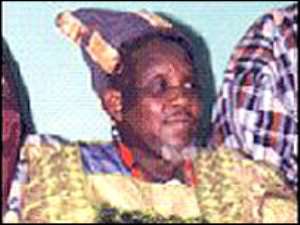 Reports from the Dagbon Traditional Area in the Northern region indicate that some youths are trying to undermine the peaceful atmosphere that the Committee of Eminent Chiefs has created after a long period of traditional diplomacy.

It is disturbing that some irate youths could decide to throw stones at another group which was going to pay homage to the new Regent of Dagbon, Kampakuya-Na Abudulai Andani, which left 12 members of the group with gunshot wounds.

We are happy that the police are investigating the matter and we expect that they will be able to establish the facts and identify the culprits and bring them to book.

When they are duly punished, it will put fear in others who may be tempted to take the law into their own hands.

It must be pointed out to the youth in Dagbon that it is not in their interest to disturb the peace in the area because the consequences of their irresponsible actions are not what well-wishers of Dagbon want to see in the area.

They must appreciate the fact that maintaining the peace with a security presence costs the nation a fortune and that money which could have gone into development is used to maintain the security personnel.

Never should they forget that the Northern Region is one of the most deprived areas in the country and so there is the need to have a heavy dose of development projects to enhance the living conditions of the people.

Certainly, the contribution of the area to the national economy is recognised.

Therefore, it is important that calm prevails in the area for development to go on as it should. Nobody will be prepared to put his money in an area where there is no peace.

If that happens, it is the youth who do not want peace to prevail who will be the losers in the long run.

The youth must be reminded that social services such as health and education will elude them if they continue to disturb the peace.

It is our wish that the prevailing peace in the area would be given the needed support by all who want to see development in the area.

It could well be that the youth who were involved in the nasty incident have no work to do. That is the more reason why they should prefer peace to violence in their outlook.

Indeed, any attempt to undermine the effort towards the successful implementation of the road map to peace must be condemned in no uncertain terms.

We suggest that the National Commission for Civic Education (NCCE) and non-governmental organisations (NGOs) should strategise on how best they could organise programmes to expose the youth to the consequences of any violent behaviour which they put up.

We pray that the youth of Dagbon will take a cue from the youth of Nkonya and Alavanyo who have resolved not to allow themselves to be used by any group to fan trouble in their area. That should be the spirit.

Officer arrested for forcefully kissing the thighs of woman ...
42 minutes ago