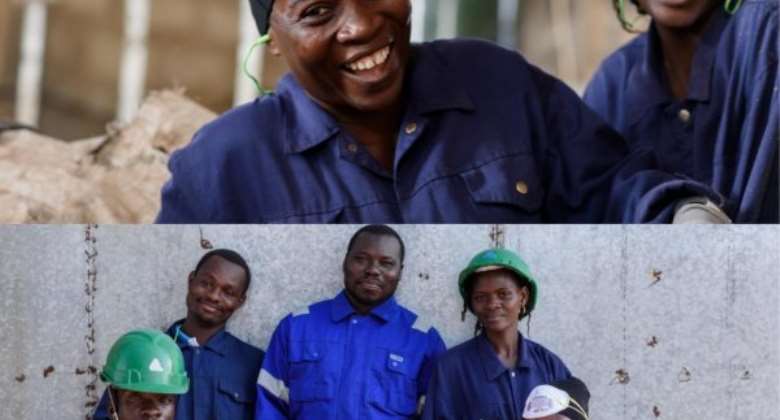 The initiative dubbed, “Closing the Loop” basically uses a circular economy model to enable local communities to benefit from discarded plastic waste by collecting, reprocessing, and reselling it.

According to a statement from Alliance to End Plastic Waste, copied to the Ghana News Agency, closing the Loop kicks off the Alliance's support for projects based in Africa.

It was first launched by ASASE in 2018 to provide seed money to equip a plastic waste reprocessing plant and provide technical and business management training to women entrepreneurs to run the recycling plant for profit.

The project, according to the statement, has already created eight jobs within the community and diverted 35 (metric) tons of plastic from waste in the first 12 months.

By partnering the Alliance, the capacity of the reprocessing plant would increase to divert 2,000 (metric) tons of plastic waste per year and create more jobs.

Mr Jacob Duer, President and CEO of Alliance to End Plastic Waste, said: “A key pillar of ending plastic waste in the environment is the sustainable impact it will bring to the well-being of local communities. This is why our partnership with ASASE is especially meaningful because 'Closing the Loop' is the right step towards a circular economy model.

Madam Dana Mosora, Founder of the ASASE Foundation, according to the statement said: “What we value most in our partnership with the Alliance to End Plastic Waste is the access to the expertise in waste management which we can leverage now in our project, effectively multiplying the impact of the funding provided by the Alliance to our project.”

The partnership, the statement said, had opened the possibility to bring in expertise from an academic partner, the Swiss Federal Institute of Technology, in areas as developing new end market applications and developing the concept of a new financing system for the management of plastic waste in Ghana.

The recycling plant processes a range of plastic waste from water sachets (LDPE) to shampoo and detergent bottles (HDPE) and large cooking oil containers (HDPE), converting it into regrinds.

The regrinds are then sold to recyclers to make items such as pavement blocks, sheets for construction, basins and liners, most of which go back into the community, the statement said.

The Alliance to End Plastic Waste, established in 2019, is the foremost CEO-driven international organisation focused on bringing together industry, government, communities, and civil society in the fight to end plastic waste.

It is working to promote programmes and partnerships that focus on solutions in four core areas: infrastructure, innovation, education, and clean-up with membership from global companies and organisations in North and South America, Europe, Asia, Southeast Asia, Africa, and the Arabian Gulf and headquartered in Singapore.

The ASASE Foundation is a Non-Governmental Organization, based in Accra and established in 2017 to enable Ghanaian women entrepreneurs to play a key role in cashing-in on the plastic waste trash of Accra, for the benefit of their own communities.