Liberians brace themselves for a new look after coronavirus 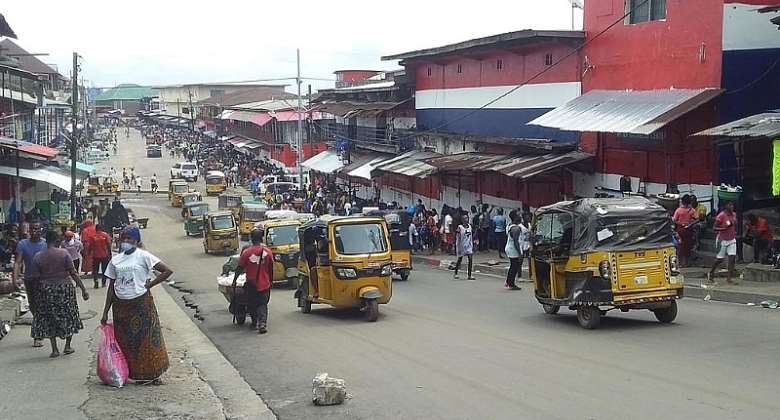 Covid-19 is moving with speed in Liberia where the government has  imposed restrictions to stop the further spread of the virus.

The state of emergency led to closure of schools as well as limitations on movement.

Like Ebola in 2014, there is no medicinal way to fight Covid-19 and the government has opted to use measures similar to the ones imposed to combat the Ebola outbreak in the country four years ago.

However, social distancing is largely ignored even though health experts have stressed its effectiveness in arresting the spread of the the coronavirus.

Wilhelmina Jallah, Liberia's health minister, has warned of serious consequences if the population does not heed the medical advice.

Rules need to be enforced
She says the rules on social distancing must be vigorously enforced to ensure the chain of transmission is reduced.

The 42-year-old, who lives in the slum community of West Point, supports her family by selling charcoal.

She says an altogether different way of life will operate once Covid-19 has passed.

“People are now addicted to washing their hands regularly and wearing a face mask," she said.

"It tells you that even after Covid-19 we will be compelled to continue wearing masks for a longer period."

Kollie said fear of infection might lead to less sympathy towards those who have contracted the illness.

John Gayflorzee, 32, said the hustle and bustle of street life would also be altered.

Street life change
“The majority of the markets that were crowded have been demolished and redesigned to ensure decongestion," he said. "We will have to adjust ourselves to the changes."

Internal affairs minister, Varney Sirleaf, has the task of co-ordinating those alterations for the plethora of markets in the country.

But his role and that of his colleagues should be easier if the lessons learned from the Ebola outbreak are implemented.

As that epidemic claimed thousands of lives throughout west Africa, officials in Liberia found that explaining the realities of the disease to local communities led to swifter acceptance of the necessary health measures.

Tolbert Nyenswah, who as incident manager led Liberia's national Ebola response between 2014-2016, said: “We also had a clearly defined chain of command and there was organisational structure."

Speaking from the United States, he added: "What has to happen is: increase the number of tests in communities, locate sick people, isolate them and trace their contacts to stop secondary transmission of the disease."

Nyenswah said he expected a change in lifestyles as people tried to prevent a future coronavirus outbreak.

Mary W. Mulbah-Nyumah, who is the head of the National Teacher's Association of Liberia, says nurses should be deployed at various school's campuses.

They would be the first person to treat an individual who might get sick during school hours.

“Hand washing, for instance, is now a part of our life," she said. "Parents are being urged to keep their sick children away from schools."

However, Mulbah-Nyumah concedes there is a snag due to the limited number of teachers across the country.

“We may not be able to quarantine for 14 days but the nurse at the school will do a transfer to the hospital and based on recommendation from the hospital, we can decide what to do,” she added.

Overcrowded classes, she says, are likely to be at an end in the post Covid-19 era.

Secret society suspended
Traditional leaders have also adapted. They are working with officials from the Ministry of Internal Affairs and have suspended all traditional secret society or 'Bush School' activities for one year including the practice of FGM.

Other customs and rituals involving groups of young people will also be curtailed in the drive to stop spread of Covid-19.

Another effect of that cooperation will be more of an idea for the government as to the exact number of 'bush schools' in the country.

That possibility might never have happened before the coronavirus swept through the world. In Liberia, even the traditional leaders are adapting to conform with the post Covid-19 era.