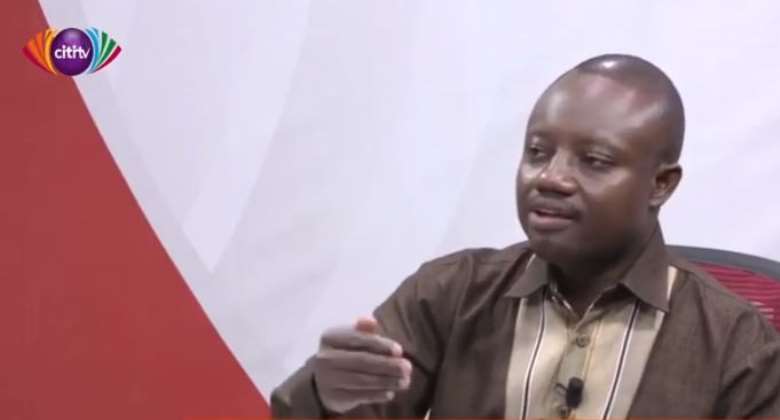 A Health Economist at the University of Ghana, Dr. Gordon Abekah-Nkrumah has countered the assertions that Ghana's cases of the novel coronavirus is at its peak.

But the Health Economist says the Ghana Health Service (GHS) and the government rushed into concluding that the country had reached its peak in terms of the current number of COVID-19 cases in the country.

At a press briefing in Accra on Tuesday, May 5, the Director of Public Health of the Ghana Health Service, Dr. Badu Sarkodie said the COVID-19 curve had peaked and that the number of cases will start declining depending on how well citizens abide by the prevention protocols.

This announcement was also after the Noguchi Memorial Institute for Medical Research, Ghana's largest lab testing for coronavirus in the country said it had completed testing the backlog of about 18,000 samples, giving it room to now to test and report on samples within 24 hours.

But in just three days after these announcements, the number of coronavirus cases has had an additional 921 cases,

GHS had claimed that over 50% of these new cases were as a result of an outbreak in an industrial facility with 1,300 workers of which 533 confirmed positive.

Disagreeing with the assertion that Ghana had reached its peak, Dr. Abekah-Nkrumah, on The Big Issue, noted that the Health Service failed to make a thorough analysis of the COVID-19 graph before arriving at that decision.

“…Once they talked about the fact that we’ve hit the peak, I was a bit surprised because for instance if you look at the new cases from the routine surveillance, you realise that prior to the new figures, if you look at it in terms of a seven-day moving average, there was a bit of a dip. So I would imagine that people were tricked into believing that we had reached our peak. But even if you look at the seven-day moving average from the previous report, you realise that the graph is just going up and down so that should have given them an indication that maybe we’ve not reached our peak and that they needed a bit of time to make that judgement.”

“Again, if you also look at cumulative confirmed cases, and you were looking at it in terms of seven and 14-day averages, you realise that the trend is upward. And so I’m not sure whether they looked at all this before they started talking about the fact that we’ve actually gotten to our peak,” he insisted.

A lecturer at the Department of Biostatistics- School of Public Health at the University of Ghana, Dr. Justice Aheto had already discounted the claims made by the Ghana Health Service.

The Biostatistician said that the country currently does not have the supportive and fundamental data needed to arrive at such a conclusion as it fights the pandemic.

He then asked the GHS to be circumspect with case management and come clear on the pronouncement.

He also predicted a hike in the number of confirmed cases in the next two weeks.