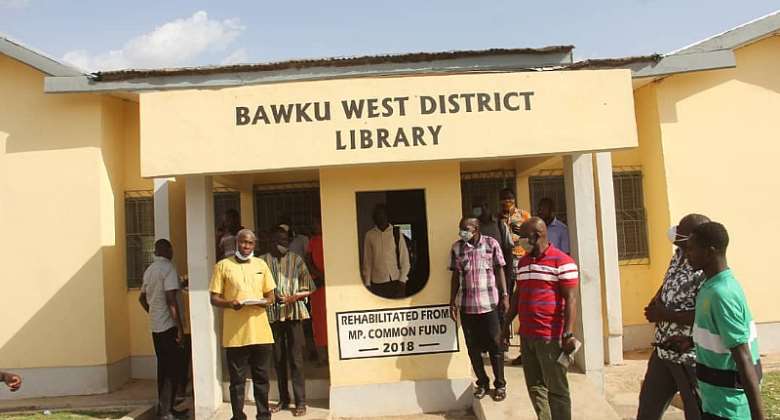 The Member of Parliament for Zebilla Constituency and Deputy Regional Minister of the Upper East Region, Hon. Frank Fuseini Adongo has handed over two renovated projects.

This includes Ghana Education Service Director's bungalow and a library in the District Assembly in Zebilla in the Bawku West District.

Hon. Frank Fuseini Adongo in a short speech after ceremony noted that education is the bedrock of development and it was very important that as people of the land they make the right investment for their children.

Handing over the renovated facility, he said it was a step in the right direction counting on the support of the constituency to help promote literacy in the area.

The MP promised to provide the library with computers and other related equipment to make it functional.

A cheque of GHc30,000 was delivered to the Bawku West District Coordinating Director as seed money for the development of the district library.

The lawmaker used the occasion to call on charitable organisations, NGOs, and public-spirited individuals to help improve the quality of education in the area.

The MP, who has been in Parliament since 2016, said the project, which started in his first year in Parliament, was funded from his accumulated share of the MP’s Common Fund.

Hon. Frank Fuseini Adongo promised to support the various schools in the area with other learning and teaching materials.

The Ghana Education Service Director, Razak Z. Abdul-Korah said Zebilla district deserved the facility, giving the recent high performance by students in the BECE and the springing up of more schools in the area.

Mr. Razak thanked the MP for his gesture.

The Bawku West District Coordinating Director, Alhassan Ahmed, expressed gratitude to the MP for his good works and promised to make sure the library serves its intended purpose.

He added that maintenance plans will quickly be put in place to make sure there is frequent care.