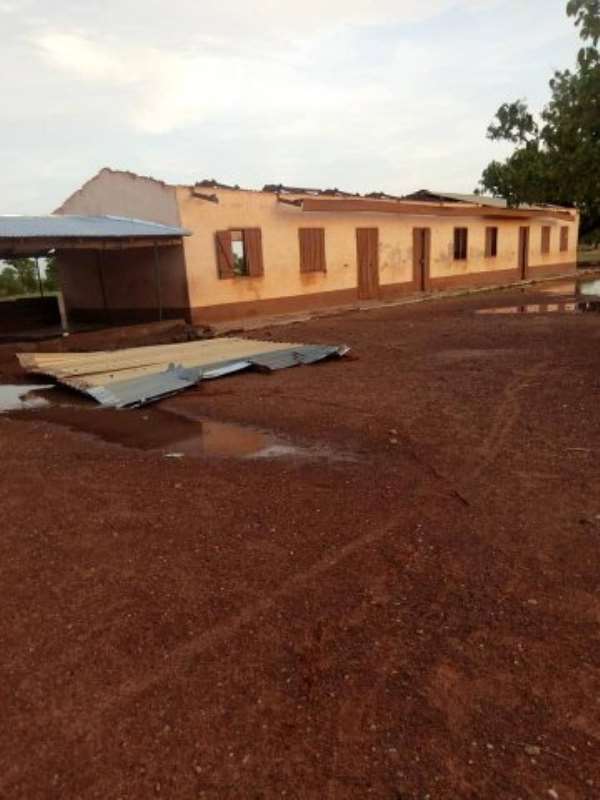 Over 60 houses in the Kuka-Zuli electoral area in the Bawku Municipality of the Upper East Region have completely been destroyed following a rainstorm.

The storm equally extended its fury-arms to the only basic school in the area, (Kuka-Zuli junior high school), destroying it completely. The school, according to the Assembly Man for the area, Mr. Emmanuel M.A Ninchema, literally houses over 400 pupils prior to its destruction.

Mr. Ninchema added that other valuables such as teaching and learning materials have also been destroyed. He called on duty bearers, Non-governmental Organizations as well as philanthropists to come to their aid.

The storm, this reporter is told, sent Kuka-Zuli and other surrounding communities into days of power-blackout as electric poles and cables were not spared either in the havoc.

He told this reporter that a report has been submitted to his superiors and that he expects a response very soon.

Mustapha Abdulai preached against the unwarranted cutting down of trees.