Speak Up Mr. IMF, The Grandson Of The Original Slave Master! 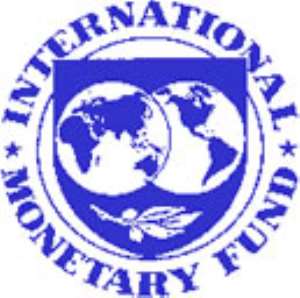 I am Issifu Seidu Kudus Gbeadese, one of the offsprings of your slaves, who you have been tormenting ever since you picked the first gold at the shores of our Coasts. Mr IMF, we have surrendered, yes, we pronounce you the slave master and the power broker. Please, it’s time you speak up in order to quench the ongoing rat race in our nation-Ghana. We agree that you are the warmonger and so you can spark civil wars in nations where family feuds are hardly registered. Speak up Mr IMF!

When your grandfather, Mr Slavery, came to devour half of our manpower using that dehumanizing method, we still fed his hungry dogs with our own flesh. Your grandfather took away our strong men; parked them at the booth of your cargo ships while the gold he picked from our seashores were packed in the deckhouse of the ship.

Even along the deadly voyage, about a quarter of our cherished labour you caught with nets and hooks were offloaded into the hungry but struggling waves of the sea simply because they couldn’t pronounce your botanical names. Our “smelly mothers” your grandfather took along, who for weeks and months never had their baths became the center of entertainment; your grandfather raped them to death, and called them prostitutes in the end. Those who survived the rough penetration but had reason to share a tear, were thrown into the cage of the hungry dogs of the slave master to feed on.

Our own hands were used to slap the hell out of us. You picked our gold and silver, stole our pride, caught our men and women, bundled them into chains and decks, took them faraway to your land to labour in vain to build your own towers and bridges which today we are asked to pay to come and watch. Without Africa, your lands (The West) are empty, dirty and dried.

Just when the first agenda (slavery) started to fade off as a result of the struggle and resistance of those who survived it, your father (colonialism) was born at the Berlin Conference in 1884-5 over liquor and dirty wine. The imaginary lines were then drawn and called Maps. Families were divided without their consent. They said we had gold and silver but we and our chiefs can’t manage them and don’t know their use.

After taking our pride and made us to believe that we were nothing but pieces of objects to be used, you imported your way of life for us to live with. Africa doesn’t and can’t have a tradition except what the West practice, so said Mr Colonialism. We were thought how and what to eat, how and what to wear, how and what to speak. Our traditional practices were branded witchcraft and outmoded. We nodded in agreement anyway.

Mr Colonialism took his much from us and left us with a system that keeps us vulnerable and susceptible to their dictates they call “external shocks”. After the opposition and the ultimate breakdown of the walls of Colonialism, they swore to do worse using their invincible hands. So they came with this thing call Democratization. They moulded slavery and colonialism into what they want us to believe and practice as democracy. During their days as colonial masters, they never practice same anyway.

They put together greedy merchants and call them investors. Their governments milk and sell our resources and put them into funds which they call Multilateral institutions like the IMF and the likes. Their dirty games are designed around what they call NGOs and used as baits to get our selfish leaders (Politicians and Chiefs) to open more opportunities for their vultures to rummage.

Today, these so called multilateral institutions are their controlling poles which they use to cause conflicts, change governments and destabilize peaceful African nations. Once they can get leaders to indoctrinate and corrupt, they are good to go. Interestingly, most of these leaders were educated by these same Slave Masters. They get them to think and ready to behave like them. So, in the end, they become deviants in their own African Context.

The International Monetary Fund (IMF) and his twin Brother, the World Bank are a torn in the flesh of the Skin of Africa. They say we should see and call them banks and fund managers, I see and call them bullies, I call them witch camps, I call them slave masters in masks, indeed I call them coup makers in Africa. They are the new deal, they are the New World Order where resources of Africa are no more on the seashores to be picked, but in the middle of the seas to be drilled; in the lowest depth of the mountains to be exploded and in the poor markets to be collected as taxes.

IMF is the Big Brother who decides who’s credible or not. He’s the Master who decides which policy will best fit the taste of the dirty merchants and not the ordinary people in Africa. He’s the power broker who decides when to cause the fall of any government in Africa. They get married to fresh governments and get them divorced when they are done milking her succulent breasts of all the loan deductions with unending interests.

Today, there is a huge conflict in Ghana. Indeed this conflicts come every four years and coincidentally they come at the time elections are due. Incumbents run for cover from the pronouncements and mostly publications of the IMF while opposition parties run to the same IMF for credibility. This is the game of chess that the IMF play with us. In the end, we are allowed to attack our own systems, attack our ourselves to a point of chocking while they wink at us through their stolen glasses.

If the Big Brother IMF knows he’s not a coward, he should speak out in the midst of the ongoing intellectual and political brawl in Ghana now. Be bold to tell the Government of Ghana that per the regular practices, the data as presented to you are at variance with what was presented to the people who make the government. This deliberate silence in the midst of a conflict you created with the help of our greedy leaders is one of your muscles to show how powerful you are.

We the people know some politicians in our country can pull out from their foreign bank accounts same amounts of dollars same politicians came to you with cap-in-hand to beg for. We know some of the money you put in boxes and flown back to us as loans are mostly from the bank accounts of our politicians. But are they afraid to also put themselves into groups of dirty merchants? They are already dirty anyway! Stop pulling the strings from your silent pigeonholes and speak up! Let us know how you steal from us and use same to colonize us.

Is it a curse on Africa to keep serving the Slave Master who’s nothing without the slave?