Forget Mahama And Akufo-Addo, I Am The Right Candidate— Jacob Osei Yeboah 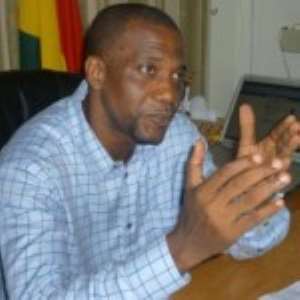 An aspiring presidential candidate Jacob Osei Yeboah (JOY) is optimistic that he will win this year’s election because the two leading political parties have failed Ghanaians.

JOY who has already declared his intention to contest in this year’s elections said both former president Mahama and president Akufo-Addo have failed Ghanaians incredibly and do not deserve to be given the nod again.

“If you look at the three candidates contesting for the third time, I am the only one who has not been tried and tested. Both Mahama and Akufo-Addo have failed us and must not be voted back into power” – He said on the Salt Morning show

The presidential hopeful said he is the right candidate with the right policies to put Ghana back on track.

Speaking to Kwasi Osei Charles (Dr.K) on Salt 95.9 FM, JOY accused former president Mahama and president Akufo-Addo of stealing his campaign theme in the 2012 and 2016 elections.

According to him even though they stole his theme, they underperformed because they did not know how he planned to implement his ‘working Ghana Agenda’ policies.

The independent candidate has urged Ghanaians to vote for him to put Ghana back on its track in terms of economic growth and development.