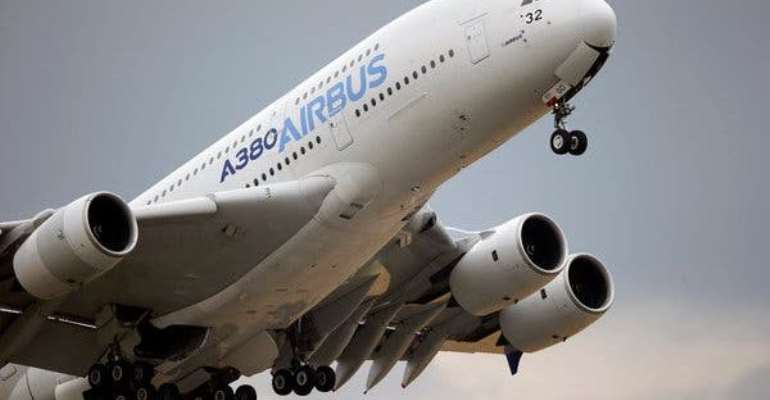 As a cesspool, the foul odour Ghana exudes is now equal to or worse than Nigeria, once the most corrupt in Africa.

Today, Ghana has become a “lavender hill” onto which hundreds of cesspool emptiers dump 250,000 gallons of untreated human excreta daily.

The corrupt in our society are so highly educated and so religious that the foul smell is now camouflaged by a faecal treatment plant that takes away the foul smell.

Like land grabbers who feel impregnable in the company of gun and machete-wielding macho land guards, the corrupt in Ghana are surrounded by the best legal brains and political parties.

But thanks to God, there is a remnant of equally sharp lawyers for whom the stomach is not everything. They, together with brilliant and selfless economists and other professionals, have pooled themselves into activist civil society groups and coalitions, and have decided to put Ghana first. They are in CDD, IEA, IMANI, Transparency International, OccupyGhana and the Ghana Anti-corruption Coalition, among others.

Being human, some in the think-tanks may fall off every once a while, bought off by the lure of money and V8s, Land Cruisers, mansions and juicy overseas trips, but on the whole, they are, as a collective, doing a selfless job.

Democracy is the rule by media and civil society groups. The height of such civil society activism was seen in 2017 when OccupyGhana, went to court, at a huge financial expense to its members (ask Ace Anan Ankoma, Kofi Bentil and Sydney Casely-Hayford) to obtain for the people of Ghana a ruling that makes it an offence for the Auditor-General to fail or refuse to issue any disallowances and surcharges in respect of unlawful items of expenditure.

We are all witnesses to how the AG has, since then, used this newfound power to pour pins on the seats of public officers.

It was civil society activism at work when, a year earlier, on April 13, OccupyGhana secured a court ruling in a case in which it obtained for the people of Ghana full disclosure of the corruption-laden contract between the government and Smarttys Production over the 116 branded Metro Mass buses.

By IMANI's insistence on value-for-money for state-funded projects, by CDD’s ability to assess and monitor the processes for the implementation of publicly-funded infrastructure, and by Transparency International's eye on corrupt acts, governments are kept on their toes.

On the basis of above track record, among others, I am begging our think-tanks to combine their might and shout loud enough to compel the Office of Special Prosecutor (OSP) not to relent in its investigation into the Airbus Scandal.

The loudest and most unrelenting advocacy should be mounted against the NDC which has said that it would not allow former President John Mahama to respond to any invitation from the OSP, and has threatened that “any judge who sits on such a case will vanish”. Note: The ex-President has not been accused.

I submit that no citizens or groups in Ghana – NPP, NDC, CPP, Parliamentary caucuses, Ministers, prophets, Imams – must be allowed to feel free to set their own set of rules for governance or issue threats like these, no matter how many and how loud they are. The righteous indignation of 30 million Ghanaians must be mobilized against such acts of impunity.

Come to think of it, all they are doing is protecting one un-named criminal who, with his brother, has pocketed a three million euro bribe money and bought for Ghana three aircraft which came with defects!

For the information of those who may not know, Airbus, the European aircraft manufacturer, has been cited found guilty by a court in the UK of paying bribes to certain Ghanaians when it sold three military aircraft to the country.

In court, the company admitted hiring the brother of a top elected Ghanaian politician ('Official 1') as its consultant for the pitch to sell the aircraft to the country.

Coordinated investigations of Airbus by the US Department of Justice, the SFO of the UK and the Parquet National Financier of France found that this high ranking Ghanaian elected official, who was in office from 2009 to 2016, made direct contact with the Airbus management about the purchase of the aircraft a few months after he took office.

Martin Alamisi Burnes Kaiser Amidu, Special Prosecutor, whose office has been tasked to investigate the scandal, has formally invited four persons, Samuel Adam Foster, also known as Samuel Adam Mahama, a UK/Ghanaian citizen, and three other UK nationals, to help in the investigation.

A prominent NDC lawyer has, however, laughed off the invitation, saying it was “much ado about nothing”, certain that it was impossible for the OSP to get the four to come to Ghana.

So here is my plea. I invite legal brains within the Ghanaian civil society coalitions, especially Transparency International and Occupy Ghana, to team up with OSP to get justice for Ghana.

The challenge is, the last time OccupyGhana went to law on our behalf, no-one proposed a refund for them.

Okada Legalization: Disaster For The Country
1 minute ago