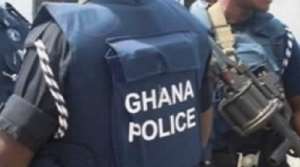 It has emerged that the wedded wife who plotted with her boyfriend to kill her husband, had hatched three plans to execute their ploy.

Mavis Brepor, 32, and Patrick Asare, 50, were arrested last Saturday after contracting 'an assassin' to kill David Gator, 52, to whom she had been married for 13 years with three children.

Their plan, however, could not materialise because Asare, while recruiting the would be assassin, mistakenly called the Manhyia Divisional Police Commander, ACP Kwaku Buah for the role.

Giving details of the arrest at a press briefing on Wednesday, ACP Duah, said when he realised that the call was a mistake, he feigned interest in the deal for which Asare offered GH₵100,000 to finish the job.

“In intelligence, that information was like a pot of gold to us and it was important we manage it well and that is what we did,” he said Thursday in a later interview on Accra-based radio station, Citi FM.

He said the assassination was to be carried out on Saturday, May 2.

According to ACP Duah, the suspects had been in a relationship for about six months and had done a blood covenant.

He said the two “had vowed to live together forever and the best way for them to live forever was to eliminate the husband.”

He said there were three plans but the first plan, which was to poison the man with powdered bottles could not be executed because Gator often ate together with his children and wife.

“Plan B was to get someone to kill him. If we had not swiftly moved in on the day of planned killing, this man [Asare] would have gone to Nima to get some thugs to come and kill him. That was the plan C,” ACP Duah said.

He said after the arrest of Asare, “We went to the house of Mr Gator and the man was eating with the wife but unknown to him, the wife and the boyfriend had planned to kill him.”

He said when he broke the news to him, Gator broke down in tears and enquired from his wife what wrong he had done to warrant such an act from her.

ACP Duah attributed the arrest of Asare and Mavis to the handiwork of God, saying, “He would have been dead by now if God had not been on his side and if the call had gone to the wrong person.”