Election Of MMDCES, A Renewed Debate 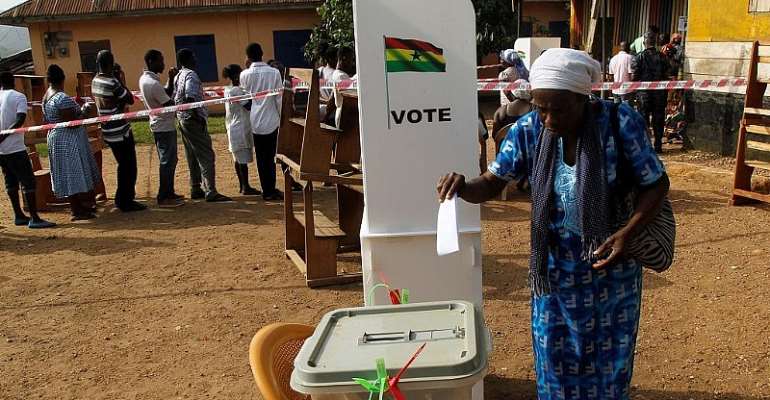 In some of the previous articles I authored, there was a genuine call for MMDCEs to be elected without using party platforms and lines. In my firm opinion and those of many others, including renowned leaders of Civil Society Organisations, the election of MMDCEs need not have a partisan nature.

The reasons for taking such a stance were given as; reducing monetization of political activities, reducing polarization of institutions, representation of the people (Locals) to demand accountability, helping people from different backgrounds to collaborate to initiate development plans.

Local Authorities should be given the power to demand accountability and answerability from the executives at the grassroots. Currently, executives at the grassroots are controlled by the whims and caprices of Central Government persons. The Constitution, Article 240(2) subsection (d) gives local authorities the power to subject persons including executives at the grassroots to effective control. MMDCEs should be allowed to be elected for the realization of the goals of the Constitution for the locals. The various political parties will feel reluctant to adopt this system if their members are not allowed to be nominated for these elections. This is because they are inclined to controlling the MMDCEs to twist and align local government goals to party manifesto items.

The legal issue about the possibility of amending the Constitution and having a referendum can easily be resolved. Articles 55(3) and 248 (1) and (2) are harmonious as they both prohibit partisanship at the grassroots. Article 243 is the only legal barrier which can certainly be cleared by Parliament through an amendment that does not require a referendum. This Article, 243, is not an “entrenched provision”. The Parliament of Ghana just needs to amend it to allow for the election of MMDCEs and indicate the type of representation (Local Authority representation or Central Government) as well as the processes and procedures for the removal of the elected MMDCEs.

To address the issue of winner takes all syndrome, Parliament should amend Article 246 (1) which states that “Election to the District Assembly shall be held every four years except that such elections and elections to Parliament shall be held at least six months apart”. This is a provision that is not entrenched and can painlessly be amended for Parliamentary, including Presidential elections to be held together with the elections of MMDCEs. The lower local government units can have their elections scheduled differently.

This believe, that the winner takes all syndrome will be eliminated is grounded on the fact that, if these elections are held together, other parties can win and be represented at the Assemblies. The status quo which separates the two elections will give the party in power or the party that wins the national elections a huge advantage to many of its members to be elected as MMDCEs.

Leaders of Civil Society Organisations should demand from the political parties, their systems and procedures that will be introduced to streamline these two elections to achieve the desires of the Constitution of effective control by Local Authorities of their executives.

The successful adoption and use of this proposed system will put the MMDCEs on the right traction in carrying out their duties. Currently, many of them conduct their affairs uncontrollably because they are appointed as party faithfuls. They are not subject to the effective control of the locals.

This debate is renewed because the earlier handling of the matter was poorly done. It can still be a 2020 manifesto item that incessantly has relevance in developing and modernizing grassroots system of governance. If considered a manifesto item, parties should indicate properly, why and how future MMDCEs will be elective. There are clear opinions that have been offered on this subject that can serve as inputs to their strategies.

The distresses of the coronavirus pandemic have called for a suspension of political activities in the Country but a review of this subject matter is important in the assumption of normal activities within the political calendar. In the distant future, political parties may have to conduct a deeper search for a proper scheme of executing this idea.

Indeed, there are variously held opinions about the steady attempts to restructure the system of decentralization, politics and governance at the grassroots. Fragmented opinions and ideas have been a bane in collating a national consensus to successfully execute this looked-for agenda. Decentralisation and devolution occupy such an important aspect of our democratic governance and grassroots development that it must be restructured to have a global character.