Brewers fear for their livelihoods with glut of beer 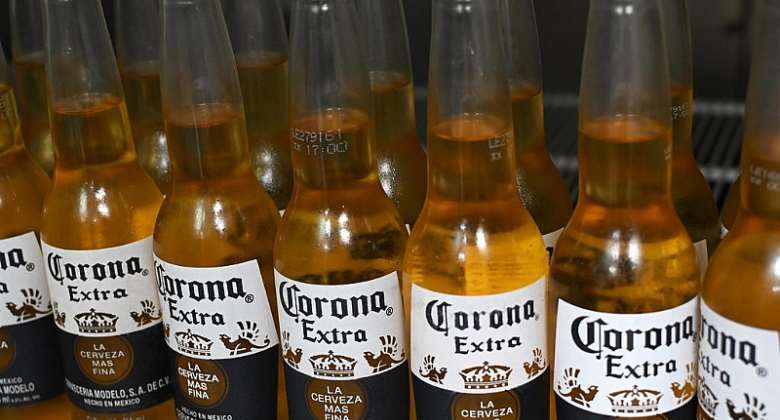 The closure of bars, restaurants and terraces has left the world with an ocean of unconsumed lager. Millions of litres of the liquid are stored in stadiums, garages, basement facilities and unused delivery vehicles after major beer-drinking festivals such as the Munich Oktoberfest were cancelled, and worldwide Saint Patrick's Day celebrations were hit by lockdown. Despite the global glut, there's a shortage of the golden liquid in one country.

Owners of Germany's 1,500 breweries are worried. The general lockdown of bars, restaurants and theaters, and the slump in beer exports, pose a direct threat to the centuries-old industry.

The “corona year” 2020 is described as a “total failure” for the German beer industry with many of the 9,700 beer-based festivals organised every year cancelled, causing not only unemployment for artists and restaurateurs, but a saturation of beer-storage facilities.

“We fear that restaurateurs, but also breweries, will lose the struggle for survival in the coming weeks,” Lothar Ebbertz, of the Bavarian Brewers Union was quoted as saying, and some breweries, like the one in Willingen, started to give away large quantities for free, creating long lines of beer enthusiasts.

Ten million litres down the drain in France
In France, the Brewery Union says 10 million litres of beer will have to be destroyed in the wake of the closure of bars and restaurants under the coronavirus lockdown.

"The sudden closing of restaurants, cafés, bars, tourism and the cancellation of festivals and trade fairs means at least 10 million litres of beer, mostly in barrels, is going to waste," the organisation Brasseurs de France said in a statement on Tuesday.

In the United States, with beer consumption of over 24 billion litres in 2018 making America the world's second largest consumer after China (with 39 billion litres), the coronavirus pandemic led to a closure of bars ahead of two of the country's biggest drinking binges: St Patrick's Day and the “March Madness” basketball tournament.

Absolute worst time
Beer intended for those events is now gong stale in locked premises, while brewers are trying to get the containers back so kegs can be refilled before lockdowns end. Draft beer typically stays fresh for up to six months, after which it becomes undrinkable.

“This was the absolute worst time for this to happen for draft beer,” Craig Purser, chief executive of the National Beer Wholesalers Association, was quoted as saying by the Wall Street Journal. “We have never, ever seen an interruption like this where everything freezes in place.”

Other countries face similar problems. South African Breweries, one of the world's largest, says it may have to destroy 400 million bottles of beer as a result of the country's ban on alcohol sales that is part of its lockdown measures.

But Mexicans are facing a different challenge.
Beer production in Mexico stopped at the end of March after being declared  a “non-essential” activity.

Since then, the country's stockpile has dwindled, creating an active black market where speculators are demanding more than twice the normal price.

Some producers, including, ironically, the Corona brand, but also the Modelo and Pacifico companies, continue brewing for export.

But when supermarket chain Oxxo announced last month that beer was running out, the news resulted in panic buying and expressions of desperation with hashtags like #LaÚltimaChela (the last beer) trending on Twitter.