Malawi’s supreme court rules in favour of election rerun, but only with original candidates 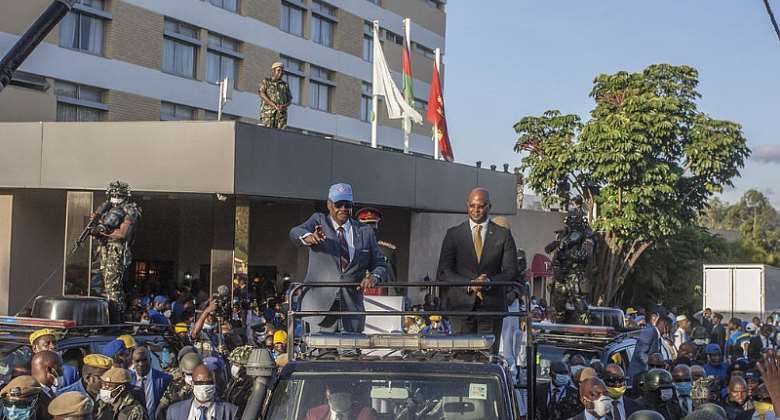 Malawi's supreme court on Friday ruled unanimously in favour of carrying out fresh presidential elections on 2 July after the electoral commission appealed the January decision of the constitutional court that the May 2019 vote was invalid.

Characterizing the election as having “widespread, systematic and grave” irregularities, the seven judges at the supreme court indicated that while the new vote should have taken place within 90 days, it would allow the vote to take place on 2 July, but only with the original candidates.

“We would have made a different determination. However, we will uphold the court decision below,” Justice Frank Kapanda announced while reading the ruling, according to local media.

The 2019 Malawi presidential election was dubbed the 'Tipp-Ex election' on social media, referring to a brand of correction fluid, after ballot tally papers emerged with areas painted with the white liquid and written over, supposedly altering results.

The court ruling of using only the original presidential candidates could force some to pull out of the race, according to Malawi political analyst Boni Dulani from the University of Malawi.

It creates additional problems for Chakwera and Chilima's opposition alliance. They joined forces as running mates after the election was deemed null and void by the constitutional court in January.

Peter Mutharika received 38 percent of the vote in the May 2019 election, which only constituted a simple majority, not more than half the vote.

The supreme court pulled no punches in criticizing the Malawi Electoral Commission (MEC) for not carrying out its duties—despite the fact that the head of the MEC, Jane Ansah, is also a supreme court justice.

The MEC had been conducting registration of people who were not on the voter roll in the last election in May 2019, but this has caused a lot of stress, according to Luke Tembo, national coordinator of the Human Rights Defender Coalition.

“They're intimidating the MEC staff, and because of the outcry of irregularities, the parties are putting monitors in those registration centers,” said Tembo.

The supreme court ruled on Friday that no new voter registration for 2020 would be admitted on the voter rolls, indicating that the new elections would have to use the voter rolls of 2019.

Last weekend, a number of attacks were carried out in various parts of the country, primarily on buildings that are connected to Chilima's UTM party.

In Lilongwe, the capital, UTM offices were petrol bombed according to Nyasa Times newspaper.

A number of people were reportedly injured in the attack, including a security guard and his children. Two people later died of severe burns.

“These are the signs of desperation of the DPP. All the evidence is pointing at the DPP youth cadets as the masterminds behind the recent violence,” said Dulani, referring to the ruling party.

Tembo recounted another story about thugs entering a voter registration centre and vandalizing the machines.

“They said: 'We don't want to have elections because we already have a president, so go away and don't attempt to register people,'” the human rights expert said. No one was charged.

The local European Union office in Lilongwe denounced the violence on social media.

“We have been shocked by the recent acts of violence apparently fuelled by political motives, and are deeply saddened by the injury entailed,” according to the statement on Wednesday.

“All political actors should stand united in defence of human rights and rule of law, and against any acts of violence, incitement to violence and hate speech,” it added.

Other Malfeasance
“We don't know what is happening but it seems that people are trying to tamper, trying to influence the elections,” said Tembo.

Names of people born in 2029 and others born in the 1890s are being added to the voter roll, says Tembo, discussing alleged irregularities with the electoral roll and the purchase of voter IDs.

“The intention is to prevent someone from going and verifying their name in the voter registration roll and then they will not be able to vote,” said Tembo.

“Political operatives are moving around villages to collect cards, and we're seeing vigilante groups being put together, where they get someone who is trying to buy cards, they're beating them up, there's all this lawlessness around,” he said.

When ruling party supporters break the law, the police often release them by sunset, said Tembo, while opposition will be pounced upon by the police.

“That has frustrated a lot of people,” added Tembo, adding that vigilantes have taken the law into their own hands when they find someone trying to buy voter ID cards.

“The option they have, which we denounce in the strongest terms, is to carry out mob justice on people,” he said. Human Rights Defender Coalition believes that the police are to blame for these ongoing problems.

While the police are perceived as biased, the Malawian army has regularly been seen to come out in defence of human rights and rule of law, normally the role of the police, said Tembo.

During the six-month constitutional court proceedings to determine if the May 2019 Malawi elections were valid, the military protected the five justices on their way in and out of court.

What's next?
The supreme court ruling will have an impact on the new political alliances, and other, newer candidates will have to withdraw.

It also raises the question of whether the candidates, who just submitted their papers, will be reimbursed for the two million Malawi kwatcha (2,500 euro) registration fee.

The ruling indicates that the election will go forward on 2 July, but analyst Dulani says the question of running polls during the Covid-19 pandemic has not been discussed.

According to the Africa Centres for Disease Control and Prevention, Malawi has 43 cases of the coronavirus, and three deaths.

RFI reached out to the Carter Center, European Union, and the Commonwealth regarding sending election observers to the 2 July polls. No one was available for comment.

“At the end of the day people are so geared up to vote, but that brings its own challenges on how to be prevent the spread of Covid-19,” said Tembo.

“Moving forward, political parties need to campaign. And in Malawi the traditional way is to conduct town hall meetings, rallies, and let people see the candidates who are contesting the election,” he said.

“The ruling political party has tried every trick in the book to frustrate the elections. So, we now have a genuine cause to postpone the election, but people think, no this this just a gimmick, you want to use Covid-19 to cling on to power,” Tembo added.