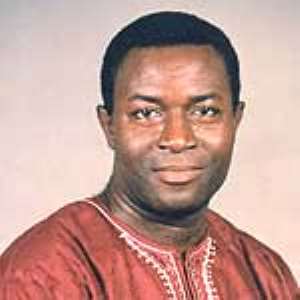 Nana Akomea, Chairman of the Parliamentary Select Committee on Trade last Friday called for a more stimulating regional integration between ECOWAS countries as the way forward to economic development.

He said this would ensure free and fair trade among member countries and further encourage internal productivity and growth of local industries.

Nana Akomea, who is also the Member of Parliament for Okaikwei South, made the call at a roundtable on food security organised by the Food Security Policy Advocacy Network (FoodSPAN), an advocacy group.

He said the current negotiations of Economic Partnership Agreement (EPA) between the European Union and ECOWAS, as provided for in the Cotonou Agreement, if carried out, would only cripple Ghana's feeble agricultural sector and other local industries.

Nana Akomea said empirical studies conducted on the impact of the proposed EPA on Ghana had shown that the country was ill-prepared and would face detrimental effects if it decided to join now.

Nana Akomea explained that goods exported to the EU market would now attract taxes and were expected to compete favourably with goods on the EU market. He said the trend of the partnership pointed to the EU's determination to promote free trade in services, promote free capital movement and remove all forms of discrimination in investment.

Nana Akomea said it was obvious that Ghana would find it difficult to compete economically with EU countries, as those countries were far advanced in so many things including technology, adding: "We will not survive in this game."

He further explained that should Ghana go ahead with the agreement, it would lead to challenges including loss of Government revenue and influx on imports from EU. This would destabilise domestic production, leading to the collapse of local industries.

Nana Akomea said ECOWAS must think of alternative ways to bring member countries together as a block to enable them to fully benefit. He said ECOWAS member countries must comply with the free trade agreement and allow free movement of goods and services to help to build a strong regional integration.

Mr Kingsley Ofei Nkansah, Vice Chairperson of FoodSPAN, called on civil society to protest against Ghana's further involvement with respect to signing the EPA agreement, which was expected to be effective in 2008.

He said such an agreement should be seen as a threat to livelihoods and food security, as the influx of cheap foreign products would stifle local industries resulting in general redundancy of workers.

He mentioned some critical areas of concern as poultry products and agro processing industries as well as food items like tomatoes, onions, vegetable oils and cereal-based processed foods.

"There would be depression of living and working conditions of agricultural workers and farmers as well as a rise in general unemployment with its adverse implications on food security."

Mr Nkansah said it was unfortunate that Ghana could not provide subsidies for its agro industries because trade agreements under the World Trade Organisations (WTO) did not allow it. "Ghana signed its death warrant when we appended our signature to such an agreement."

He noted that the Government could currently not protest or ban the importation of any goods due to various WTO agreements and that explained the current influx of foreign goods on the market.

Mr Nkansah urged the public to opt for Ghanaian foods and goods to help local industries.