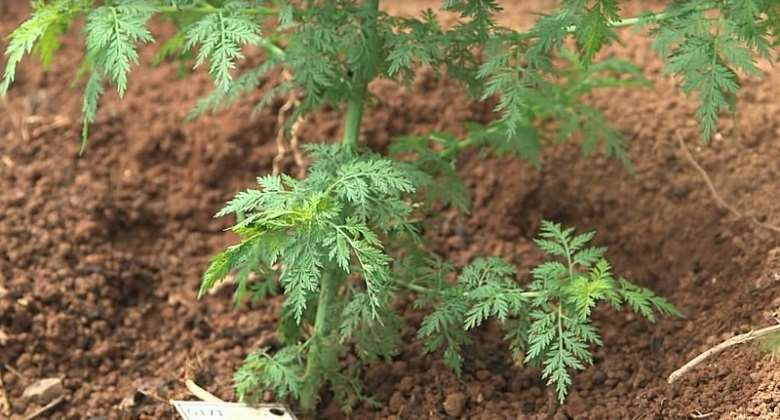 South Africa's government will assist the authorities in Madagascar to test and analyse an unproven herbal treatment for Covid-19, according to health minister Zweli Mkhize. Madagascar's President Andry Rajoelina is promoting a tea infusion based on the artemisia plant, praising its benefits in treating the coronavirus.

“I actually did get a call from the government of Madagascar, they did ask us, they would like to be assisted in the process of trying to validate, try to help investigate the scientific basis on which such a drug could be used,” Mkhize told journalists this week.

Rajoelina has been in touch with leaders in several other African countries, encouraging demand for the branded Covid-Organics products in the fight against the Covid-19 pandemic.

However, the World Health Organisation (WHO) said it has yet to receive any data on using artemisia against the coronavirus, saying there was no basis to claim it was an effective treatment.

“I had a call with the foreign affairs of Madagascar and there had been a call from the president and we then said our scientific research institutions will be willing to support an analysis,” said Mkhize.

Researchers in South Africa are keen to get their hands on the Malagasy artemisia tonic, although questions remain about the contents of the alleged treatment.

Unknown quantity
“At this moment in time I don't know what that remedy contains,” said Frank Van der Kooy, an expert in pharmaceutical sciences at North-West University in South Africa.

“I would love to know what's in it, a list of ingredients, so I can test it,” added Van der Kooy. “That's why I'm quite keen to help our minister to do the analysis because that's the first thing I'll do.”

Tea infusions based on the Artemisia annua plant only remain stable for a few hours as the active ingredient breaks, according to Van der Kooy, who has researched medicinal use of artemisia for several years.

Artemisia already has strong credentials as a malaria treatment, while previous research has also explored its potential against SARS, another coronavirus.

And Van der Kooy, who works at North-West University's Pharmacen centre, has conducted research into artemisia's effectiveness against HIV.

Research needed
Accessing funding for clinical research into artemisia has always been difficult, according to Van der Kooy, explaining there was little interest.

He told RFI he had contacted research funding agencies over the course of several weeks about artemisia and its potential use against Covid-19, but was yet to receive any response.

“There doesn't seem to be much interest, so I'm not sure what our minister meant when he said: 'We'll do the analysis,'” said the researcher.

Up to 190,000 people could die from the coronavirus in Africa and as many as 44 million could become infected, the WHO said on Thursday.

It warned that smaller African countries, as well as Algeria, South Africa and Cameroon were at high risk if measures to contain the spread of the virus were not made a priority.

The modelling by WHO revealed that those needing hospital treatment would overwhelm available medical capacity.

A potential public health catastrophe with Covid-19 on the African continent makes a homegrown herbal cure even more attractive, especially given what is already known about the plant's medicinal qualities.

“Artemisia is one of those herbs that really shows promise,” said Van der Kooy.