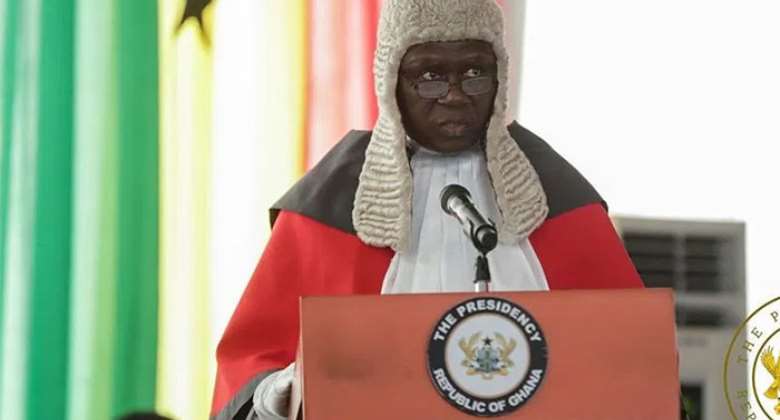 The Supreme Court has directed to Ghana Independence Broadcasters Association (GIBA), the National Communications Authority (NCA), and the Attorney General’s (AG's) Department to file their memorandum of issues within 12 days in a case in which GIBA is suing over access to free-to-air TV broadcast.

The order comes after the court granted a plea by the AG's Department for time to file their statement of case.

The seven-member panel, presided over by the Chief Justice, Justice Kwasi Anin-Yeboah, gave the AG's Department two days to file their statement of case due to the nature of the case, and all the parties were subsequently directed to file their memorandum of agreed issues on or before May 18, 2020 before the case was adjourned sine die (indefinitely).

GIBA sued the NCA and the AG's Department over what it claims to be a breach of the right to free press following the introduction of conditional access to free-to-air TV broadcast by the regulator.

GIBA said this breaches the tenets of press freedom as enshrined in the 1992 Constitution.

The association also contended that Conditional Access System (CAS) introduced as a mandatory requirement by the NCA by which media content of free-to-air broadcasters are blocked by the government unless certain criteria have been met, constitutes an unnecessary restraint on the establishment and operation of private media as enshrined in Article 162(3) of the 1992 Constitution.

It is, therefore, seeking a declaration that the blockage of media content of free-to-air broadcasters through the use of the CAS introduced by the NCA is unconstitutional as same constitutes an unreasonable and unnecessary abridgement of the freedom of the media contained in Article 21(a) and 162 (1) of the 1992 Constitution.

Another relief also seeks a declaration that the blockage of media content of free-to-air broadcasters through the use of the CAS introduced by the NCA contravenes the spirit and letter of Article 21(f) of the 1992 Constitution since same constitutes an unnecessary abridgement of the right to information guaranteed under the Constitution.

GIBA is also seeking an order directed at the NCA to remove from the Minimum Requirements for Reception of Digital Terrestrial and Satellite Television Services, any system in the nature of Conditional Access that encrypts or blocks the content of free-to-air television channels from being received.