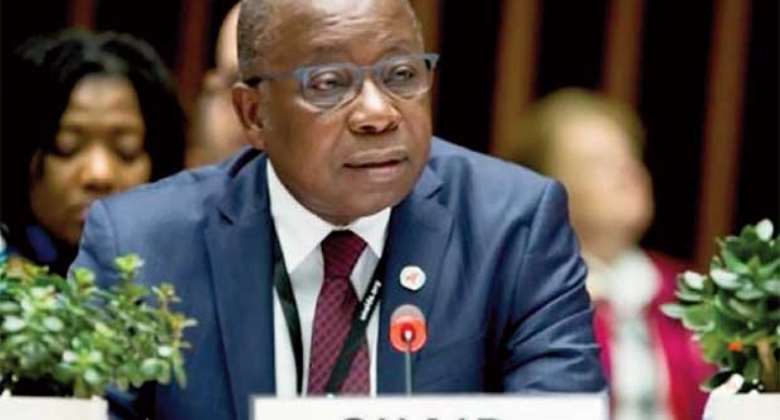 RESIDENTS OF Fomena and Kumawu in the Ashanti Region have expressed excitement after the contractor building the district hospitals in their respective areas returned to site with an order to complete the projects within 90 days.

The construction and equipping of seven district hospitals and integrated IT systems in the country was a turnkey arrangement with Messrs NMS Infrastructure and Barclays Bank Plc, London, at an estimated cost of US$175,000,000 which was signed during the previous National Democratic Congress (NDC) government.

Apart from Dodowa which was completed by the Mahama government, all the other projects, including Fomena and Kumawu, stalled before the NDC government left office although huge sums had been paid for work to be done.

The failure to complete the hospitals brought uneasy calm to both Fomena and Kumawu, as some residents even threatened to demonstrate against the abandoned projects.

However, workers of the subcontractor working on the project, Soland Construction Limited (SCL), have since been seen clearing the site to pave the way for the resumption of civil works after the government had said it was determined to ensure the completion of the projects.

The Managing Director of SCL, Samuel Okai Larye, said at Fomena that they had come to the site to complete the hospital because “President Akufo-Addo deemed it fit that this hospital project must be completed.”

“So we are here to work and complete the hospital project. Before we left site, we had 80 per cent of the work completed. As we speak now, it is 80 per cent though; we have to revisit what we left and did.”

“Today, you can see we are weeding and cleaning, and within this week this is what we have to do first. We will usher ourselves in and start proper civil works as soon as possible,” he told journalists at the site.

“The government has given us a 90-day period to finish this project. We know we have to double up the work output and so we will increase the number of manpower and man hour on site in order to be able to complete on schedule, even though there are other factors such as natural occurrence to be considered,” he added.

Meanwhile, the youth of the area have praised President Akufo-Addo for his quick response to their concerns, by ordering the contractor to return to the site.

“Being the people of the area, we see the President's action as courageous and statesman-like. In fact, this goes to confirm what we have come to know President Akufo-Addo for – a good listener and a show boy,” the Convener of the group, Akwasi Nti Asamoah, stated.

Mr. Asamoah, who is also the Fomena Constituency Chairman of the New Patriotic Party (NPP), said “the President is never afraid to achieve significant milestone on the development of the nation.”