Police On The Heels Of Wanted Burkinabe Robber In Upper East 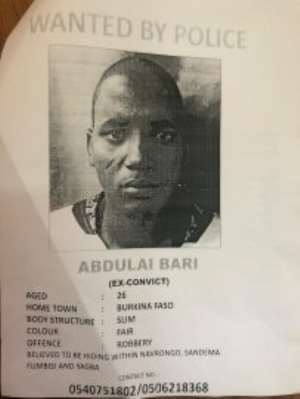 Police in Navrongo in the Upper East Region has secured a court warrant for the arrest of one Abdulai Bari.

Mr. Abari, said to be a native of Sambo in Burkinafaso and of a Fulani extraction is believed to be hiding around Sandema, Navrongo, Paga and Yagaba in the Upper East Region.

An ex-convict, Mr. Bari is accused of masterminding series of robberies along the Navrongo-Naaga road.

The Upper East Regional police command in a release called on the general public to assist the police with information that can lead to his arrest. the public is advised to contact the police on the following numbers: 0541379624, 0543804864, 0540751802, and police emergency numbers 18555, 191. or report to the nearest police station.

Below is the release signed by ASP David Fianko-Okyere. 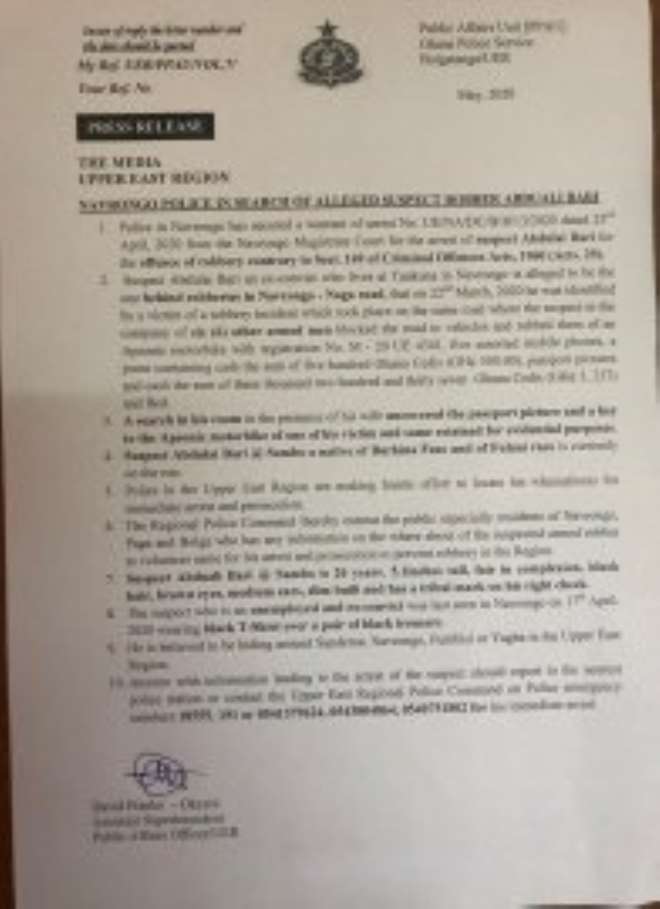 If Nana Addo has brought Free SHS, what else can't he do for...
39 minutes ago