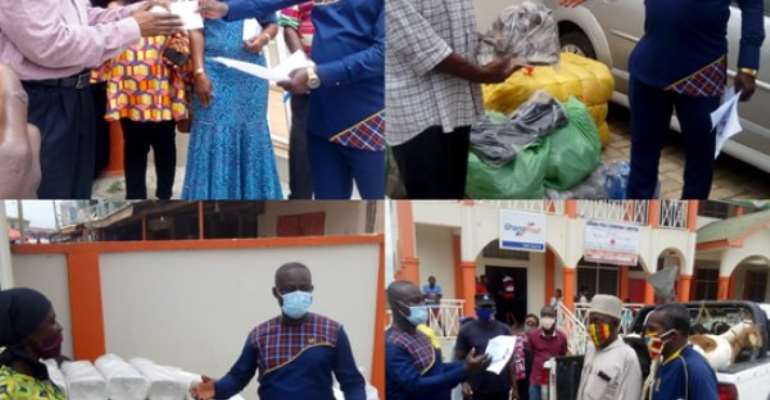 Old Tafo Municipal Assembly says the gesture was part of efforts by the Assembly to improve the livelihoods of vulnerable persons in the area.

Some of the beneficiaries received bags of charcoal, salt, footwear and sheep.

Others were also presented with various sums of cash to invest in businesses of their choice to ensure they were economically independent.

Mr. Fred Obeng Owusu, the Municipal Chief Executive (MCE), speaking at a brief ceremony, said government was committed to supporting Persons With Disabilities (PWDs) to be productive and self-reliant.

He said they were equally important as citizens who must be empowered to contribute meaningfully to the socio-economic development of the country instead of resorting to alms begging for survival.

The Assembly, he noted, would extend the support to other selected PWDs in the coming weeks and the target was to reach out to all persons with various forms of disabilities in the Municipality.

He entreated them to take advantage of the capital given them to build successful businesses for themselves and families.

The MCE reminded them that a team from the Assembly would be visiting them to monitor the progress of their businesses and charged them to live up to expectation.