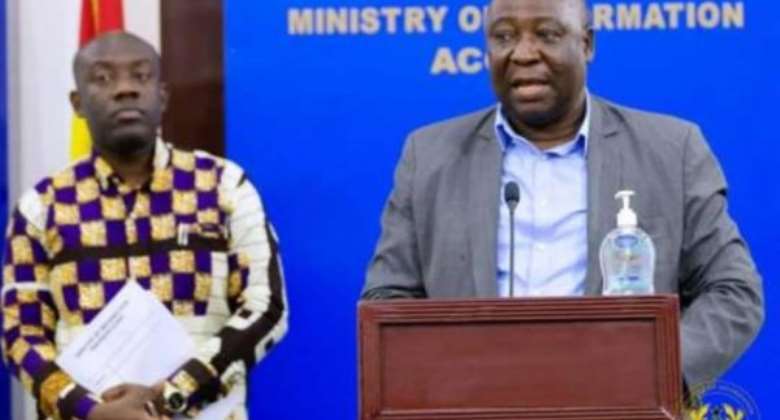 The record number, Dr Badu Sarkodie said, was attained from the backlog of the samples collected from the enhanced contact tracing activities.

According to him, the rate of infection had since then been declining slowly, comparing the positivity rate then, to current ones.

Dr Sarkodie, who gave the explanation at the Ministry of Health press briefing on the update on Ghana's case management of the COVID-19, said the observation, was based on the graphical analysis of the infection curve by GHS.

He said this did not however mean that the country was 'out of the woods', and stressed that winning the battle against COVID-19 would only be possible if the preventive protocols against the spread of the virus were strictly adhered to by the public.

Dr Sarkodie, further explained that because Ghana started an aggressive and enhanced contact tracing early, and testing a lot of people without waiting for them to show signs and symptoms of the disease, they were able to capture much data to inform further action.

He said the best data that Ghana had been using to plot the bell-shaped curve that pinpointed the country's position in terms of the infection rate, were results from samples received from different parts of the country from March 12, 2020, when the first case of COVID-19 was confirmed.

Dr Sarkodie said although Ghana's present cases were increasing, the GHS does not expect to see any astronomical increases as experienced on April 25, as the curve keep dropping, and appealed to all to play their part by observing the safety protocols.