World Press Freedom Day: “The Only Security Of All Is In A Free Press” 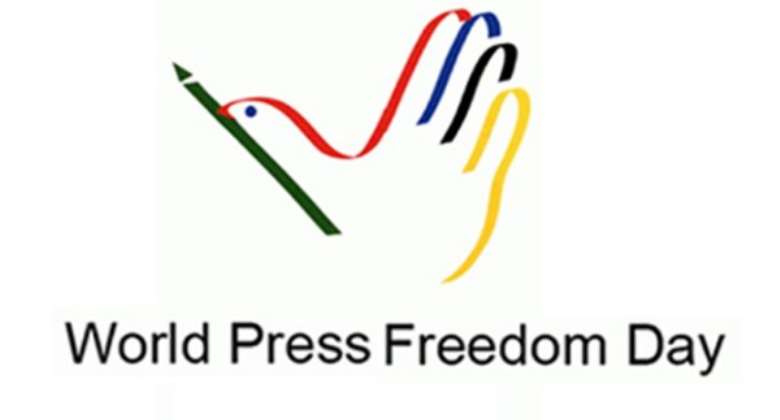 Since then, May 3, the anniversary of the Declaration of Windhoek, is celebrated worldwide as World Press Freedom Day and the theme for this year's celebration is: “Journalism Without Fear or Favour.” From May 4 to 6, UNESCO held several events including: a high-level dialogue on press freedom and tackling disinformation in the Covid-19 context, webinars, and online discussions via Facebook Live, YouTube, and Microsoft teams, amongst other digital platforms.

The sub-themes for this year press Freedom Day are: Safety of Women and Men Journalists and Media Workers, Independent and Professional Journalism free from Political and Commercial Influence, and gender equality in all aspects of the media.

Ghana has lost its status as Africa's best-ranked country in the World Press Freedom Index to Namibia who topped the African league at 23 with Norway ranking first worldwide while Turkmenistan sat at the bottom at 180.

The report attributed the drop in four places mainly to the killing of a Tiger Eye PI member Ahmed Hussein-Suale; and journalists are rarely arrested but several were attacked with impunity in 2018, in some cases by law enforcement officers.

Although Ghana continues to be seen as one of the most democratic countries in Africa and Chapter 12 of its 1992 Constitution guarantees media pluralism and independence, a third of the media are owned by the state or by businessmen linked to the government.

Though the security situation for the country's media might have improved, there have been constant press freedom violations, including police violence against journalists, ambush by political activists and reprisals instigated by criminal groups or corrupt local officials.

Thomas Jefferson once said, “The only security of all is in a free press.” The quote holds relevance in today's time, as the world grapples with increasing threats to the free voice of journalism and perhaps the voice of reason itself.

At this time of the COVID -19 pandemic, the relevance of the freedom of the press has become more apparent amidst the fake news and false information being peddled through various social media platforms. Thus, the role of an unbiased press, free of fear or favour to any motives but the truth, is needed.

Adding his voice to this year's celebration, Mr Kwame Malcom, Western Regional Vice Chairman of the Ghana Journalists Association (GJA), said freedom of the press can be achieved by ensuring that ownership of media houses are insulated from politicians.

He said media houses are often cash strapped making it possible for advertisers and multinational or big companies to control them with some advertisements which could be detrimental to the populace.

Mr Malcom said media houses must be self-sufficient but the economy is pretty fragile and as a result, the multiplicity of media houses is making the industry become easily compliant to make ends meet.

Mr Paa Kojo Peters of Connect fm, a subsidiary of Media General in Takoradi, said the hostility expressed towards journalists by political leaders in many countries has incited frequent acts of violence that have fueled an unprecedented level of fear and danger for journalists.

He said halting this cycle of fear and intimidation is a matter of the utmost urgency for all people of goodwill who value the freedoms acquired in the course of history.

Mr Peters said as the world witnesses more threats towards journalism, upholding the profession becomes even more important and that Ghana's drop in the latest ranking of the World Press Freedom Index must serve as a wake-up call to increase the protection of journalists in the country.

Journalists must be adequately protected, he said, adding that those who perpetrate violence against them must be swiftly dealt with and called on successive governments to protect the media workers- journalists and media workers, to help them make informed decisions that could make the difference in building the economy.

He said the security agencies and other state actors must work to protect journalists as they discharge their duties and cases of attacks against journalists must also be investigated expeditiously and the perpetrators dealt with drastically.

Hottest Photo Reports
Catch up with all the political quotes from our politicians.
Advertise here
More Article
ModernGhana Links
Disinformation: An Emerging Threat to Ending AIDS in Ghana
Abolish 1999 Constitution, Implement #endsars Reports For Peace To Reign
Road of Death: Would the Ghanaian Parliament pass on an opportunity to fix the Accra–Kumasi Highway?
The Argument About Which Teacher Union Was Formed First
Turkey And Bangladesh Can Benefit from Growing Trade and Strategic Ties
National Science And Maths Quiz (NSMQ): The Bigger Picture
Why Ghana needs robotics industry for national development
Akwamu Chieftaincy litigation still in court
The AfCFTA will improve Africa's ability to respond to future pandemics
TOP STORIES