The Underdevelopment of the Niger Delta

….Why the restless Hyenas and Jackals are regrouping
By Nwaorgu Faustinus 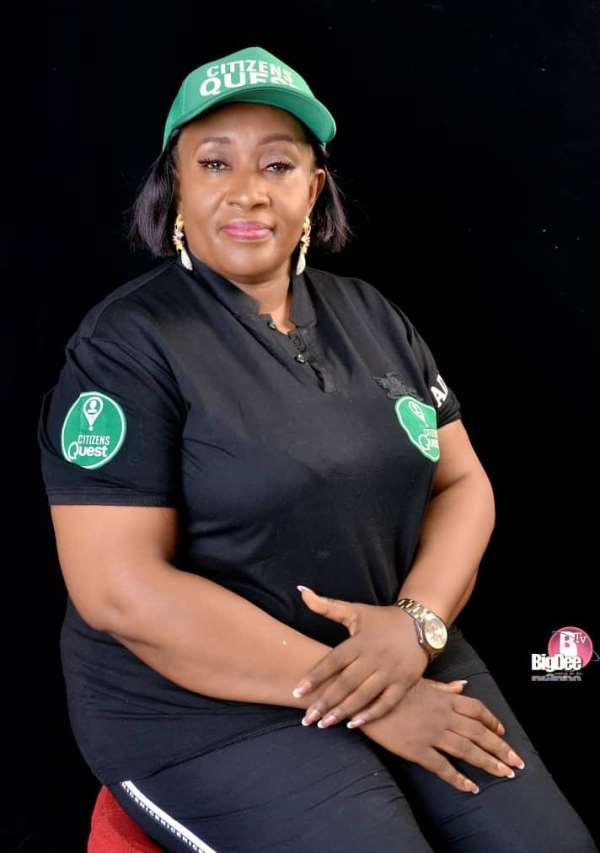 ….Why the restless Hyenas and Jackals are regrouping

In my first series on the Niger Delta Development Commission, NDDC titled: 20 YEAR SIEGE BROKEN, I tried to briefly state what the real issues are beyond the unending petitions, allegations and counter allegations against practically every Management Board that has been inaugurated by President Muhammadu Buhari, since 2015.

For the benefit of those who may have not come across it, I will quickly summarize the issues before dwelling on the second part of the series.

While it is not in contention that the Niger Delta Development Commission is the most plundered of the Federal Government Agencies since its inception, more than 19 years ago, the region is presently the most underdeveloped when placed in consideration with the resources it produces that has sustained the economy of over 200 million people.

And the President ordered for a Forensic Audit of the Commission to ascertain the veracity of the allegations and claims made against several Managements, and all hell has been let loose!

More intense than ever, the petitions and Court cases increased astronomically as the aggrieved Directors and Deputy Directors who were recently transferred out of the Commission's Headquarters doled out thousands of Dollars and millions of Naira brought to bear paid agitators and what best can be described as professional petition writers. These young men who have been grouped as Niger Delta youth organizations have over the past years, become willing tools in the hands of these senior Civil Servants who have developed an attitude of a sense of entitlement, having attained the age of Methuselah in the Commission, from the days of the defunct Oil Mineral Producing Areas Development Commission, OMPADEC.

They have actually turned into a cabal who force the politicians appointed to man the place to do their bidding and have subjugated the Management to make payments to only contracts awarded to their cronies.

It is also no longer a hidden truth that majority of these Civil Servants pay allegiance to the former ruling party, the Peoples Democratic Party, PDP, through which majority of them were employed and transferred to the cash cow commission. For the 19 year period under review, the PDP from inception had controlled the reins of power in the Commission, as such have systematically entrenched a chain of supply of contracts, both real and inflated, and sometimes, imaginary and non existing, to their own benefit, while the aiding workers are rewarded with promotion and other benefits. These set of advanced pilfering rats in the Commission have transformed to the real owners of the land that it had become needless responding to the late legendary music icon, Sunny Okosun in one of his tracks, "Who wants to know who owns the land?"

They have a huge financial war chest, dubiously acquired through the commission, to prosecute their media attacks against whoever stands in their way, or tries to step on their toes, coupled with the backing of the powerful PDP cabal who allegedly paid their way to control the Committees in charge of the NDDC and the Niger Delta at the National Assembly.

The rot at the Headquarters of the Commission cannot be linked only to the senior members of Staff without a mention of the ongoing, ceaseless sleaze perpetuated by those who ought to oversee the workings of the place.

But the man in question who was affected by the recent transfers of Senior members of Staff is allegedly one of the sponsors of the series of petitions against the Interim Management Committee and the Minister of Niger Delta Affairs.

Again, another Lawmaker from Ondo State was awarded a contract for a 17km road. The shocking side of the story is that the contract, in a bid, to fall within the purview of the approving authorities, was divided into 11 Lots at the value of N950m each, totalling to the sum of N10. 4bn. Though he is a senior member of the APC and also one of those heading the Committee on NDDC, he has been conscripted into the PDP cabal in the National Assembly, frustrating the development of the region. Not only have they got the support of some APC leaders, they have ensured that the Budget for the region is slashed to a comfortable low where it would be practically impossible for the Federal Government to transform the region, thereby, using it as a campaign and blackmail tool against the President and his team.

It's an orchestrated plot to frustrate the efforts of the ruling APC Government under President Muhammadu Buhari from developing the region. While the NDDC may be getting back on track, after the Audit of the 19 year period, there are still issues that must be resolved before the President can get it right.

The Ministry of the Niger Delta Affairs had Usani Usani as the Minister from 2015 to 2019. Sadly, not much was seen on ground in terms of infrastructural development of the region. The signature project of the Ministry which is the East-West Road has been left comatose, since the exit of former President Goodluck Jonathan. Two years after, Buhari had set up a Presidential Committee to look into the issues surrounding the project and proffer ways on how the road could be completed from sections 1 to 4, from Warri to Oron.

The Committee which was headed by the Minister for Transportation, Chibuike Amaechi had recommended that the project be transferred to the National Sovereign Investment Authority, managers of the Presidential Infrastructural Development Fund, PIDF, formerly known as the Sovereign Wealth Fund, SWF.

Recall that the CEO of the NSIA, Mr Uche Orji was appointed by President Goodluck Jonathan and had since been there, even with the emergence of President Buhari.

In 2017, the Ministry of Finance had released the sum of N19.5b for the payment of debts to the companies handling the road. But till date, the money is yet to be released. President Buhari had gone ahead in 2018 to approve the sum of N100b for the completion of Sections 1 to 4 of the road. Sadly, two years after, while other projects are receiving attention, nothing has been done to commence work on the all important road.

Upon assumption of office as the Minister of Niger Delta Affairs, Senator Godswill Akpabio whose appointment was greeted with a large ovation due to his unrivaled performance as Governor which earned him the title of "The Uncommon Transformer" had pursued the payment of the backlog of debts with accurate velocity but was obstructed by a brick wall. The issues were clear that obviously, some persons were desperate to frustrate the completion of the road. Under the PIDF, there are 5 critical projects which include the Lagos-Ibadan Expressway, East-West Rd, Kano-Abuja Road, 2nd Niger Bridge and the Mambilla Power Station. In all, only the East-West road has been left comatose.

There is a noiselessly deafening plot to undermine the President and those who chose him in preference to Jonathan during the 2015 election. Prominent amongst them is the Minister of Transportation, Chibuike Amaechi who was the Director General of the Buhari Campaign Organization and later, the APC Presidential Campaign Organization. The PDP was and continues to nurse this habitual hatred for the former Governor of Rivers State for his role in torpedoing the fortunes of the party, after a 16 year straight hold on power from 1999 to 2015.

It is clear that those who hail from the Niger Delta region who are working to help Buhari actualize his plans for the people have become the enemies of the opposition party, PDP.

While there are rumors that President Jonathan may seek election in 2023, and with the PDP having a strong hold in the South South and South East, it is crystal clear that one of their major campaign tools in the region would be the inability of the APC Government to complete the East-West Road. So, it is not doubtful that the CEO of the NSIA may be playing the PDP card in order to retain his position or preferably, offered a Ministerial position if the PDP returns to power in 2023.

To this end one is forced to ask if the motive of removing the East West project from the ministry of Niger Delta affairs to the Presidential Infrastructural Development Fund, PIDF isn’t sinister, since it is yet to meet the yearning and aspirations of the people of the Niger Delta region, and going by this continued delay in releasing already approved 19.8 billion as well as the 100billion for the completion of the road project? Again one wonders why the National Sovereign Investment Authority can’t release funds directly to the supervisory ministry for the completion of the East West Road Project just like the Subsidy Reinvestment and Empowerment Program SURE-P did in the last administration and achieved significant results.

The sad reality is that for almost five (5) years President Buhari administration is yet to achieve much developmentally in the south south region and the earlier the rug is pulled off the foots of the PDP remnants like Mr Uche Orji and many others who have turned clog in the wheel of progress in this administration, the more difficult it will be for the president to achieve his development plan in the Niger Delta region.

The agenda to render useless, the Ministry of Niger Delta Affairs, MNDA as well as the Niger Delta Development Commission, NDDC both engines with which the federal government drives its developmental agenda can no longer be overemphasized. With the understanding of this orchestrated plan by agents within the region working in connivance with other external conspirators, Senator Godswill Akpabio is leaving no stone unturned, his desire to get these development engines grinding again until the Niger Delta region experiences uncommon development commensurate with her resources.