Receiver To Make Payment After 2nd Level Validation In May – Govt 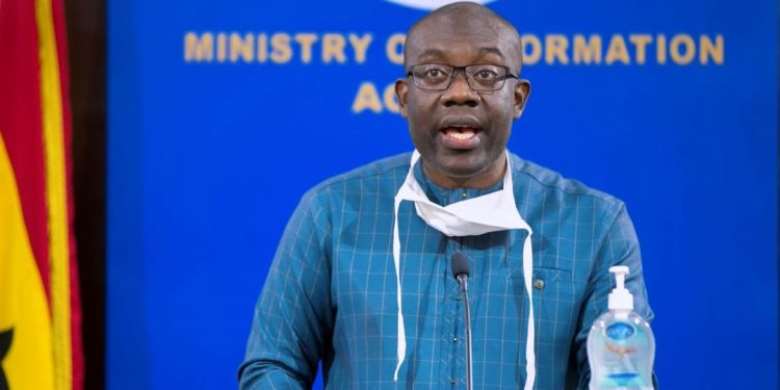 Government has announced that the Receivers of the defunct Microfinance and savings and loans companies are set to complete a second level validation process of customers whose monies have been locked up in institutions whose licenses were revoked by the Bank of Ghana (BoG).

According to government, the customers will have their cash refunded after the validation process.

This follows an initial process where the receiver and Official Liquidator of the defunct SDIs announced that GH¢5 billion would be released to Consolidated Bank Ghana (CBG) Limited to be used to settle the deposits of the customers.

It will be recalled that, as part of efforts aimed at cleaning the financial sector, the Bank of Ghana revoked the licenses of 347 microfinance companies and 23 savings and loans companies last year.

Speaking at a press briefing in Accra on Thursday, May 7, 2020, the Minister for Information, Kojo Oppong Nkrumah said the second level validation process is very necessary for the payment process.

“Now, based on total cash payments to be made by the end of the depositor payment exercise, it is expected that a population of individual depositors numbering about 297,000 whose claims have been validated and accepted in the resolution of the aforementioned groups of companies and ultimately not less than 290,000, that is about 98% in a number of individual payments will be fully paid in cash,” he said.

“The remaining 2% of individual depositor claims will be paid by a combination of cash and bonds. So here are the next steps of payments. They are first of all concluding the depositor payments process and the key next step to be undertaken include the conclusion of the final second validation of that GHS340 million and payments made accordingly. They expect that by the end of May we would be done with that one,” he added.

He further noted that there are some of the organizations whose books and records still have challenges and there are processing rules for some further investigations.

Following the revocation of the licences of some 347 microfinance companies as well as 39 microcredit companies, the Securities and Exchange Commission (SEC) on November 18 began the validation process for the affected customers of closed down fund management companies that will lead to capped payments.

The action was taken pursuant to Section 122 (2) (b) of the Securities Industry Act, 2019 (Act 929) which authorizes SEC to revoke the license of a market operator under some circumstances.

According to SEC, the said branches serving as agents were authorized “to ascertain and validate details of investors and their investments with these institutions at the time of the revocation to facilitate the administration of the Government pay-out of a capped amount to affected investors.”