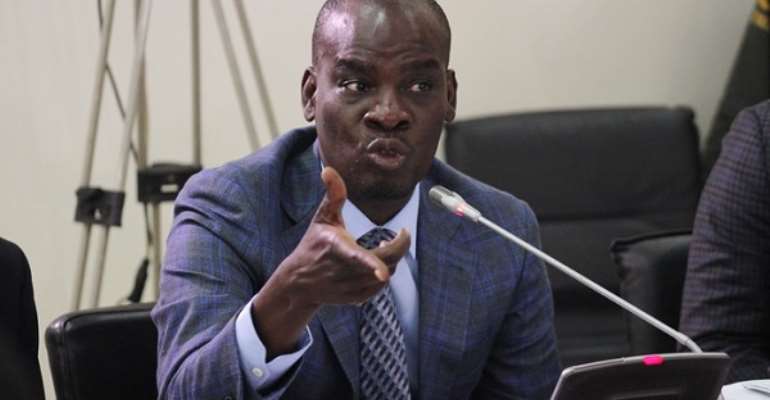 The Minority Leader, Haruna Iddrisu, has questioned the commitment and competence of the Chairperson of the Electoral Commission (EC), Jean Mensa to run the Commission.

Members on the Minority side in Parliament and the opposition National Democratic Congress (NDC) as a whole have not been happy with Jean Mensa over her handling of processes put in place to organise the December 7 general elections.

The party has had cause to complain over some decisions the Jean Mensah-led EC had taken including plans to compile a new voter’s register.

“She sometimes also comes to us as if she is running an NGO. Let her be reminded that she is running the Electoral Commission of Ghana. A state institution expected to be independent,” Mr. Iddrisu said during a press conference on Thursday morning.

He further warned that the Minority will not tolerate any excuses ahead of the expected conduct of the 2020 elections.

“The Constitution provides for a terminal end for the mandate of the President and Members of Parliament after every four years and presidential and parliamentary elections ought to be conducted and conducted by the availability and presence of a credible voters register which is the responsibility of that commission. No Excuse will be accepted.”

“The fact that it is not ready means somebody is incompetent or somebody is not up to the particular task,” Mr. Iddrisu added.

The EC has been under fire over its attempts to discard its old voter management system and procure a new system that will among other things have a facial recognition ability and seeking to compile a new electoral roll.

The commission says it wants the electoral roll used on election day to be more credible and efficient than the existing one which was used for the 2016 election.

It has thus moved to procure a new Biometric Voter Management System (BVMS) to better address verification challenges that could occur during elections.

The process to compile a new roll has currently been suspended because of the pandemic.

The Minority also questioned the priorities of the government and the EC amid the novel coronavirus pandemic because of the allocation of Personal Protection Equipment (PPE).

“It is absolutely troubling and shocking that in the face of such a pandemic, our Government chooses to supply PPEs to officials of the Electoral Commission when doctors, nurses and other frontline health care workers are crying for PPEs.”

“All these come at a time the EC’s plan to begin its infamous and life-threatening registration in June this year has been exposed after a presentation the EC made to ECOWAS leaked. It is worth noting that the EC’s timetable as presented to ECOWAS remains unknown to Parliament and opposition political parties,” Mr. Iddrisu added.