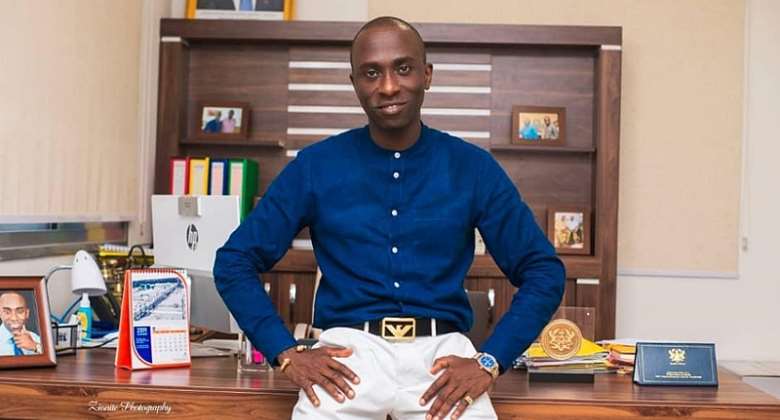 Once again, the political activities of John Mahama has come under scrutiny as a result of his latent refusal to alllow the soul of President Mills to rest peacefully.

The news that Former President John Mahama has petitioned the Director-General of the Criminal Investigations Department (CID) of the Ghana Police Service to investigate murder allegations made against him by the Bono Regional Chairman of the New Patriotic Party (NPP), Kwame Baffoe popularly known as Abronye DC comes as surprise to many.

Abronye DC is said to have accused Mahama of killing the late President John Evans Atta Mills, and his lawyers are now asking the police to look into the matter.

And why are Ghanaians not surprised by this move? I can bet my very last cent that a lot of people must be laughing their hearts out presently. For them, Mahama is a phony little fake who preyed on the gullibility of the uninitiated to propel himself into the ranks of those that must be listened to. In terms of substance, he is considered a non-starter.

Truth is, we can't begrudge him. It is his constitutional right to petition the police CID. But, I'm curious, why now?

Was it astute to choose quietness over engagement in the matter of Mills' death for all these while? What reasonable person wouldn't want to clear his name over such serious matter when indeed many people suspect that Mahama actually killed Mills?

There have been dozens of claims against Mahama over the death of President Mills.

Many have accused Mahama directly of killing president Mills and we never heard him report anyone to the CID.

In any case, what was Mahama thinking when he mentioned to his fellow colleague MPs some time back in confidence that "Northerners are tired of playing second fiddle in the NDC?" Was he eyeing for the top job? Is it true that he accepted to be Mills' running mate after he was shown Mills' medical records and after a long persuasion centred on his health?

What are the circumstances surrounding Mills' death?

Did Mahama as head of state institute an investigation to find out how Mills died as his death was thought to be suspicious?

Did Mahama even accede to the call for the coroner's inquest into Mills' death?

Why did Mahama failed to investigate the circumstances leading to the demise of late president Mills?

Mahama has so many unanswered questions over Mills' death, and scapegoating Abronye DC just can't help him.

The Mahama situation is unpardonably revulsive and it is clearly as a result of his long time ordinate presidential ambition.

Although Mahama is seeking to deny these allegations, there is increasing evidence that suggests the contrary. I analyze and evaluate Mahama’s moves within the body-politic and suggest that from the very day Mahama was selected to partner Mills, he has indeed been positioning himself to take over the party on the strength of his own ideas.

Every world leader has gotten his/her own fair share of awful media propaganda and gossips - it is part of what politicians sign up for, they don't run to the security folks to bail them out. The question is why bother with gossip and innuendos at the level that Mahama has reached? Most leaders brush these things aside or clear the air on the issue.

The CID must as a matter of ugency ceize the opportunity to investigate the cause of Mills' death. Better yet, it is an opportune time for the state to institute a commission of inquiry into the matter to bring closure to it.