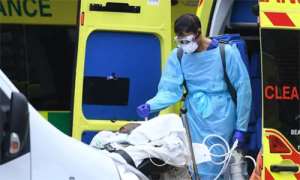 Black people in the United Kingdom (UK) are more likely to die from the coronavirus than whites.

This is according to a report by the Office for National Statistics.

The Office is considered UK’s largest independent producer of statistics.

According to the report, black women are 4.3 times more likely to die with coronavirus than white women.

It also found black men are 4.2 more likely to die from the virus than their white male counterparts.

The report further revealed that people of Indian, Pakistani, Bangladeshi and mixed ethnicities also had a “statistically significant raised risk of death.”