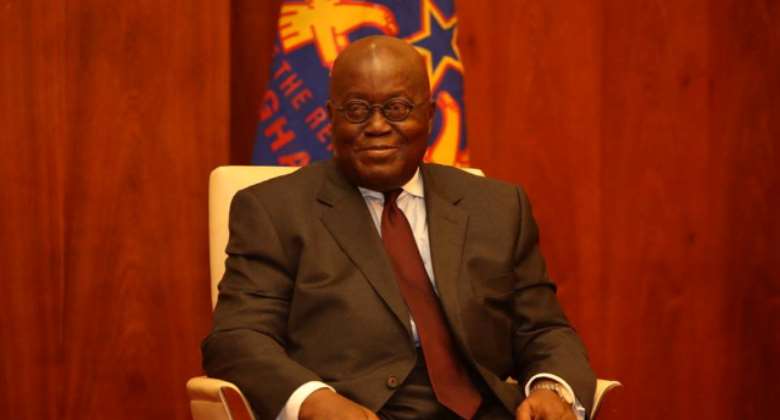 The song of we have restored never comes from the NPP and her apparatchiks without the mentioning of both Teacher and Nursing Trainees Allowance. It is a well-documented fact that the NDC Government replaced the Teacher Trainee Allowance with Students Loan whiles Nursing Trainees were being processed for the same. The then Opposition NPP party capitalized on the sensitive nature of the situation and made a huge political capital on it.

Fast forward after the Nana Addo administration ascending to the throne.....the Allowances were restored with massive challenges ranging from delay in payments, reduction of the amount paid during NDC era to payment tied to schooling period. In November 2019 for instance, Teacher Trainees in Ghana were refused their allowance with the wicked reason being that Tutors of Education were on strike and since they were not being taught, they wouldn't be paid and it happened so.

After closing down all educational institutions the alternative employed by the government to continue engaging learners is E-Learning which is to be implemented mostly with second cycle and tertiary institutions but comes with huge demands. One needs foremost a stable network and high data to be able to undertake such educational accomplishment.

With the advent of Convid 19 and the accompanying hardship is making this wonderful idea of making the Ghanaian student continue with his/her academic work in the midst of the pandemic a mirage. Earlier April, the S.R.C. of the University of Cape Coast came out ordering all students from partaking in the E-Learning program because the University said it could not provide students with internet data. Other Campuses followed with similar agitations across the country.

With Colleges of Education, they have not received their monthly stipends since March and this is the time these students needed this allowance very much for the following activities geared towards partaking in the E-Learning;

1.Acquisition of smartphones
2. Servicing of faulty phones and laptop computers for easy operability.

3. Travelling to centres where access to internet service is available.

4. Lastly, the purchasing of data for Internet service.

Now that the E-Learning has become mandatory on all tertiary students since universities will not repeat their lessons when school reopens according to Deputy Minister for Education Dr. Yaw Osei Adutwum.This caveat is causing a lot of pain in the majority of Teacher Trainees as they are forced to go by this order hence their cry. It is obvious that this insensitive government will not pay heed to the cry of these helpless students because according to Deputy Minister of Education Gifty Twum Ampofo, Government has no plan to support tertiary students with data for E-Learning programme.

On this note, we members of the Tertiary Education Institutions Network of NDC- TEIN in Bono East Region are calling on the government to as a matter of urgency pay these students their allowance in order to make the E-Learning programme a success. Thank you.

Hottest Photo Reports
Catch up with all the political quotes from our politicians.
Advertise here
More Opinion
ModernGhana Links
“Where Are The Projects?” “Seeing Is Believing”
Myanmar And Bangladesh Can Benefit From Strengthening Trade And Connectivity Ties
Prepare For More Hardship In 2022 -Ghanaians Told
Power Distance And The Entitlement Mindset: The Case Of The Ghanaian Elites
Insecurity, Not Omicron Covid Variant Is Our Problem In Nigeria
Welcome budget rejection with happiness
NPP MPs Recretly Collapsed "Agyenkwa Budget"
2022 Agyenkwa Budget 'Rejected'; A Nullity or a Legality
Memory Four Years Ago In November Of The Liberian 2017 Presidential Election First Round Saga
TOP STORIES