MP Urges Gov't To Create Task Forces At The Borders 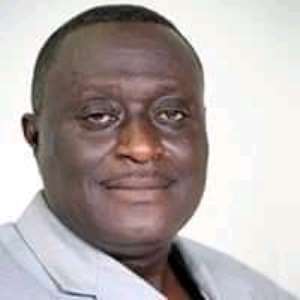 The MP for Jaman South and Minister of Aviation, Hon Yaw Aful has urged the Municipal Security Council of Jaman South Municipal Assembly as a matter of urgency form a taskforce to augment the fight against COVID-19 by the immigration and the Customs services on our borders given the number of unapproved routes in the area.

The MP admonished the people of Jaman South especially those close to the borders not to allow or aid anyone to enter Ghana in the name of Cashew trading.

He however, encouraged the constituents to adhere to all the directives laid down by the health experts in order to prevent the spread.

Hon. Yaw Aful spoke on Jaman Radio amidst a reported case of the Covid 19 pandemic in neighbouring district, Jaman North.

As of May 7, 2020, nine more patients have recovered and discharged making the total number of recoveries 303.

The death toll, according to the GHS update is still 18.

According to the Ghana Health Service, a total of 137,924 tests have been done so far.

The Bono region becomes the latest of the 16 regions to record its first case.

So far, the Savannah, Ahafo and Bono East remain the only regions in Ghana yet to record a case.