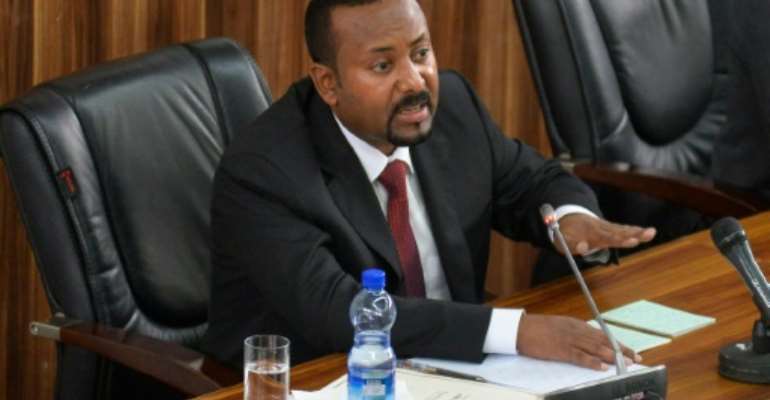 "Those pushing for unconstitutional ways to grab power... will be punished by law," Abiy, the 2019 Nobel Peace Prize laureate, said in a recorded speech posted on Facebook.

"Young people should not die, mothers should not cry and houses should not be demolished just so politicians can take power."

Africa's second most populous country was due to hold national elections in August that Abiy hoped would give him a mandate for wide-ranging political and economic reforms.

But the election board announced in late March that it would be impossible to organise the polls on time because of the pandemic.

That means elections will not happen before lawmakers' mandates expire in October, creating what analysts and opposition politicians describe as a political crisis.

Ethiopia's constitution does not spell out how the postponement should be handled -- a situation which has stoked concerns that Abiy's government may soon face legitimacy issues.

On Tuesday lawmakers in parliament's lower house formally asked the upper house to provide a "constitutional interpretation" that could offer a way out of the impasse.

But that move has drawn objections from opposition politicians, who say it leaves them without a voice in the process as parliament is dominated by the ruling party.

Jawar Mohammed, a leading opposition politician, told AFP Thursday that Abiy's latest comments amounted to "a threat to silence, a threat to intimidation".

"The threat is unwelcome and it's not productive," Jawar said. "Nobody has said we want to grab power unconstitutionally. In fact it's him and his party who are doing that."

Further ratcheting up tensions, the once-dominant Tigray People's Liberation Front said this week it was moving ahead with plans to hold elections in the northern Tigray region regardless of what happens elsewhere in the country.

"The key to a smooth path to elections remains getting the support of major opposition parties. It is therefore crucial that Abiy's government continues discussions with them," Davison said.

Ethiopia has recorded just 162 cases of COVID-19, though experts warn the country's health system could be overwhelmed by a surge in cases.

Abiy declared a state of emergency last month to fight the virus.