Covid-19: Countries To Become The Next Hotspots 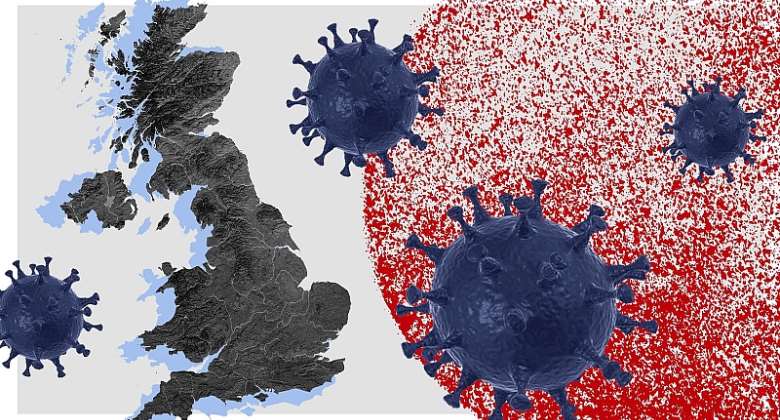 Data analysis suggests the Covid-19 epidemic could become worse in some nations in developing regions.

The number of coronavirus cases and deaths have reached their peak in many European and North American countries, but analysis suggests some developing nations are yet to have experienced the worst of their outbreaks.

There is no mathematical formula to pinpoint which countries might become the new hotspots in the global crisis, but a number of factors can help identify the nations where the most severe epidemics will likely take place.

Dr Samir Bhatt, a senior lecturer at Imperial College London, which advises the UK government on its response to the coronavirus crisis, suggests the first step is understanding the rate at which their epidemics are growing.

An analysis of doubling times around the world shows the number of cases is growing fast in central African, Latin American, and southern Asian countries.

In March, Professor Sir David Spiegelhalter from Cambridge University predicted Britain would face the same problems as Italy because cases were doubling roughly every three days.

In an epidemic outbreak of infectious disease, it is important to know the “growth rate” – which indicates how fast numbers are increasing.

The number of COVID-19 cases is also underreported in many countries where health workers only test those with heavy symptoms.

A country’s testing capacity also needs to be considered.

Deaths are a more robust measure, but it also has limitations.

It takes time for a country to accumulate deaths because of the lag between the infection and the outcome, but a high number of cases could lead to a considerable number of coronavirus-related deaths.

“Therefore testing is essential early on to get a handle on what is going on, and where possible contact tracing can help reduce onward transmission,” says Dr Bhatt.

And he continued: “The death rate is low in developing countries for a wide range of reasons that will differ from country to country, and these include the late onset of the outbreak, reporting differences, and differing interventions.”

A better measure to assess the impact of COVID-19 is the excess of deaths, which refers to the number of fatalities above the average number for that country.

It is difficult to estimate at the moment, but several analyses across Europe have shown the number of additional deaths is higher than the number of coronavirus-related recorded deaths.

This is also the case in many countries in developing regions.

Peruvian media reported there were 2,248 more deaths in April compared to the previous year, but only half were recorded as caused by COVID-19.

The other half did not have a cause recorded. Similar excess of mortality has been reported in other countries badly affected.

Deaths due to respiratory diseases in the Brazilian city of Manaus are five times higher than during the same month last year. But only one in four of those deaths were recorded as COVID-19.

Dr Michael Tildesley, professor at Warwick university, said: “There is still uncertainty regarding the potential death toll in Africa as a result of the pandemic.

“However there is some concern regarding the relatively low capacity of health care systems in Africa when compared with many countries in Europe.”

What impact could coronavirus have on developing countries?

The UN has warned about the devastating impact COVID-19 could have on these nations.

A report by the UN suggests poverty could increase for the first time since 1990.

To tackle the outbreak, many countries in developing regions introduced strict restrictions in the early stages, according to the stringency index developed by a group of researchers at Oxford University.

The index tracks governments’ response throughout the epidemic. Government-imposed lockdowns, advising people to stay indoors to limit the spread of the virus, and social distancing measures have helped slow the spread of coronavirus in many developed countries.

These type of measures reduce the transmission rates of the virus, what is scientifically called the effective reproduction number (Re).

A study from the London School of Hygiene and Tropical Medicine is estimating in real-time the reproduction number in several countries.

It shows that transmission rates are still high in the most affected countries in developing regions.

South Africa, where movement restrictions have been hard to implement in some densely populated townships, has controlled its outbreak with a combination of mass screening and targeted testing.

President Cyril Ramaphosa has mobilised 28,000 health workers to screen over seven million people, more than one in 10 South Africans.

Dr Tildesley said: “Africa has been comparatively less affected, with lockdown measures put in place in many countries to reduce the risk of large scale outbreaks occurring.

“However, the number of reported cases across the continent may be a significant underestimate, owing to the limited testing capacity in many countries in Africa.

“The daily number of confirmed cases in some countries, such as South Africa, Egypt, and Nigeria, are still rising, though in South Africa this may be due, partly at least, to the scale of testing that is taking place in the country.”