Energy Sector: It's Only ‘Unconscious Incompetence’ Will Make NDC Attack Us – Gideon Boako 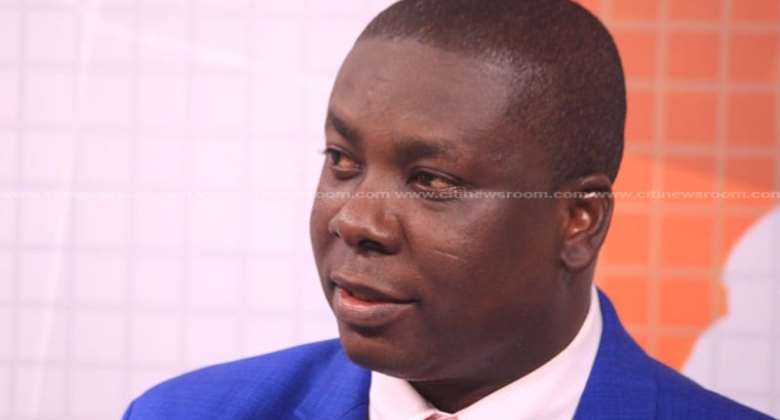 The office of the Vice President has countered claims that after assuming office in 2017, the current government has wounded the country’s energy sector with debts without adding a single megabyte of power.

There have been counter-accusations from the Minority after the Vice President, Dr. Mahamudu Bawumia made a comparative analysis of the government’s Coronavirus efforts and former President, John Dramani Mahama’s handling of the power crisis during his era.

The latest to join the raging debate is the Ranking Member on Parliament's Mines and Energy Committee, Adam Mutawakilu, who challenged the New Patriotic Party (NPP) administration to enumerate the gains it has made in the energy sector thus far.

But spokesperson for the Vice President, Dr. Gideon Boako believes the assumptions being made by the opposition are false insisting that the arguments cannot in any way be justified.

“The Vice President spoke to bring clarity on the matters raised by Mr. Mahama and talk about the politicization efforts by Mr. Mahama and the NDC just to derail the efforts that the government has been making. Sorry to say, here is the irresponsibility and the poverty in the arguments by Mr. Mutawakilu. At the time, there was some semblance of stability in power – and Dr. Bawumia said you can’t take credit for dumsor because there were teething problems. So after April 2016, ‘dumsor’ came again. He goes further to say that in 2013 the NDC reduced electricity tariffs by 25 percent. This is a big untruth. Indeed, in 2013, the NDC increased electricity tariffs by 78 percent. They increased it by 28% in 2014 and increased it by 59 percent in 2015. In fact for the entire four year period of the rule of Mr. Mahama as the legitimate President of this country, there was never an occasion that electricity tariffs went down”, he said on Eyewitness News.

For the Veep’s spokesperson, Mr. Mutawakilu who he says followed the energy issues under Mr. Mahama cannot “come out today to lie that indeed electricity tariffs were reduced by 25 percent in 2013, I cannot fathom why he could say that. It could only be out of unconscious incompetence or intellectual dishonesty. That is exactly what he is doing.”

Dr. Boako also dismissed suggestions by the opposition party that the NDC government was responsible for relieving Ghanaians from the erratic power supply regime.

“Never in the history of the four year period of Mr. Mahama was electricity tariffs reduced. In fact, when we had ‘dumsor’ and there was no electricity, instead of them to bring in measures to mitigate the sufferings of the people, they went ahead to increase electricity. It was that same year Mr. Mahama came to say that if you want power, pay more. Ghanaians have not forgotten about that. They should not lie to us today thinking that we have short memories and we will forget about that.”

He added that the NDC while in the office did nothing to tackle the power challenges that brought untold hardship on households and businesses.

“We had ‘dumsor’ for four years, we never had any intervention or policy coming from the socialist acclaimed government, led by Mr. Mahama to cushion Ghanaians. That is the crux of the matter. That is why we are saying that between President Akufo-Addo and Mr. Mahama, who can Ghanaians trust with their destinies that in times of crisis who can help them”, he added.

“Now, this government has now converted the Karpowership to use gas and relocated it to Takoradi to use the surplus gas which was stranded there. If you look at the debt that we inherited in the energy sector which runs into over two million dollars in the midst of legacy debts, it required an ambitious policy to liquidate all those debts. This government has done that which is why we have a stable supply of power. So our approach was not to sign fraudulent deals that are painted in corruption sense and say we have produced excess power. What we needed to do was to inject the right financial resources into the energy sector and sure that power is stable. And that is what we have today.”