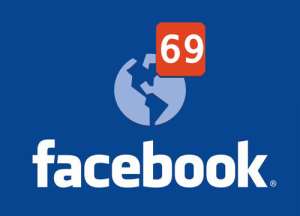 Facebook and Yahoo are increasingly becoming corrupt. Facebook suspended my account again a few days over a post I made last year about Hitler being named as ‘man of the year’ by the Times Magazine in 1939. This is a fact, but it seems Facebook has come to hate facts. Facebook scrutinise almost everything I post, and its getting ridiculous.

A lot of people have their accounts either suspended or closed over what Facebook terms as fake news during Corvid 19. Any group, page or personal account that challenges the official narrative of the Corvid 19 pandemic; its origins, its genome sequence, how its was spread, the official number of infections, fatalities, e.t.c, Facebook shuts it down. The moment one starts posting anti vaccination messages, you are shut down. We are not allowed to question Bill Gates vaccinations, and how he is involved in all this.

Similarly, YouTube is doing the same thing as Facebook—they are removing any popular videos challenging the official narrative. For instance, David Icke's YT channel is gone forever. They should hire people to debunk everything conspiracy theorists say instead of locking them out, like the way Museveni ‘shut down’ Timothy Kalyegira—Poor man is now only posting photos, and fighting those that use his photos without his permission.

How do we have freedom of speech anymore if it’s being removed from certain people!?!? This is turning into a Nazi state fast and people are just sleeping through it, our rights are being removed year after year and the majority are oblivious to it. You may not care, or you might not want to acknowledge these people like David Ickes, but when they start removing him from all platforms just because of his views that’s crazy. It’s a big clue that a lot of this information that these people reveal to us via these social media platforms must have some truth to it.

Conspiracy theory is a term created by the FBI to discredit those who don’t trust or believe the govt's "version" of events and ensuing explanations. A term often used by governments to debunk truth. It was coined after the assassination of JFK. In order to control argument against the main stream narrative-- to discredit the people who believed he was not shot by a single shooter as they claimed, but a coup of several players had been formed and they conspired together to murder the president of the United states