SARS-CoV2 - after 4 months several thousands of non-synonymous mutations - on the zoonosis hypothesis of SARS-CoV2 - is there life beyond the gene databases? 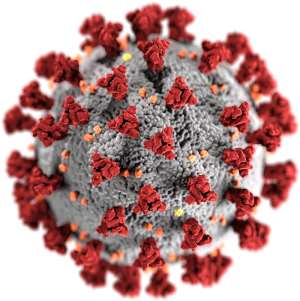 The public discussion on COVID-19 is increasingly shaped by economic arguments. This is partly justified, as health also costs money. Money, one has to have.

However, this discussion distracts from the many open questions to which science has so far failed to provide the answers. One gets used to the crisis and nobody thinks about the origins anymore.

Regarding the still unproven zoonosis hypothesis and the assumed events in Wuhan at the end of 2019 on the fish market, we would like to refer again to the extremely high mutation rate of RNA viruses, which also includes SARS-CoV2.

The rate is impressively demonstrated by the following website, which for SARS-CoV2 reports several thousands of non-synonymous, i.e. amino acid changing, mutations (replacements of amino acids), described in gene sequences found so far. In addition, there are up to now 6 insertions (insertion of additional bases) and 87 deletions (elimination of bases in the gene sequence). Cf.

For a genome that only consists of approximately 30,000 bases, this is an enormous number of mutations, insertion and deletions. And that's just the data from a few thousand corona viruses that have been sequenced. Nature knows many, many more.

Non-synonyms mutations cause a different amino acid to be built into the proteins of the virus and thus change the chemical properties of these proteins. These mutations accumulate within weeks(!), as the data show.

Insertions and deletions are of particular importance because they can lead to a frame shift by which the entire subsequent chain is read differently. There are also synonymous mutations, which do not change the primary structure of the SARS-CoV2 proteins, but can still play a role in diagnostics, with many open questions about further effects of synonymous mutations.

Science is currently working with both hands to declare these numerous mutations as irrelevant and to define SARS-CoV2 as stable, also in view of a possible vaccination.

All of these gene sequences are said to describe the same pathogen. This is another unproven assumption. To this add all doubts about the PCR test that existed from the beginning.

However, the main point is that the SARS-CoV2 viruses sequenced so far show only an extremely small part of nature. In relation to the total genome of all corona viruses in all humans, this small part is of little to no importance. One should also not forget that there is not only SARS-CoV2, but also other human corona viruses and the others mutate too. Otherwise we wouldn't have ended up with the SARS-CoV2 virus at some point.

Computer analysis, e.g. on the pedigree of SARS-CoV2 (phylogenetic analysis), based on this extremely small part of nature as it is known today, are very problematic. The last 15 years corona viruses have hardly been considered, neither in humans nor in animals. The vast majority of the corona virus gene sequences in the databases date from the last 4 months or are 15 years old. The criticism of this is not new, especially the very inhomogeneous geographical distribution of the gene sequences found, cf.

“However, in a new tree inferred just one week later, when more than 135 new full genome sequences were made available on GISAID (Figure S2), the direct link between Germany and Italy has disappeared due to the additional clustering of previously unsampled sequences from Portugal, Brazil, Wales and Netherland (Figure 2b).”

Some publications say that haplotypes (i.e. genetic patterns) of SARS-CoV2 have already disappeared, i.e. can no longer be found in newly sequenced gene sequences. SARS(1) has also disappeared a long time ago. Then what sense does a genetic distance between two gene sequences make?

But virology does what it has done for the past 30 years. It finds a viral gene sequence that was not known before and declares the virus to be a death virus. In order for this to work, virology needs the zoonosis hypothesis. The argument does not work without it!

Only because of this hypothesis that a pathogen has passed from an animal host to humans in Wuhan on the fish market at the end of 2019, one assumes ad-hoc and without proof an increased pathogenicity (= an increased potential to make one sick). The pathogen is supposed to be new to humans, which is why, unlike the original host animals, humans should not have had the opportunity to adapt to the new pathogen.

This assumption also works so well because one always starts from seriously ill patients, who usually also suffer from several other diseases (multi morbid), and one does not test people without symptoms or with weak symptoms. And immediately one has the apparent proof that positive test and death go hand in hand.

As proof of this science holds up two gene sequences, one from an animal corona virus and one from a human corona virus, and states that there is a large genetic distance.

This claim can be made so easily because there is no data for almost everything in between. Nobody has analyzed animal and human corona viruses in the past 15 years with the necessary density. The situation is far from that.

A very large number of SARS-CoV2 positive people do not show any symptoms or show only mild symptoms. For the proportion of asymptomatic people who show no symptoms, 50-70% are mentioned. E.g. in Island,

In Belgium about 70% of all people tested in nursing homes, where 53% of the deceased with or by COVID-19 came from, were asymptomatic, cf. to the daily report from Belgium,

This percentage can be traced back to April 15th, when this category was included in the daily reporting.

This is not possible without the immune system being prepared for the virus. This suggests continuous development up to SARS-CoV2 (and its many variants).

Phylogenetic analyses, which try to build a family tree from the numerous different gene sequences, are also increasingly speaking against the hypothesis that the SARS-CoV2 virus emerged from a recent zoonosis end of 2019.

Analyses of this kind are problematic due to the very short sample period. However, there is currently nothing else. In addition, the zero point, i.e. the reference sequence against which mutations are assessed, is chosen arbitrarily. It was only in China that the new PCR test was started and the first gene sequences were generated. Only afterwards tests were performed in other parts of the world. What is a forward and a backward mutation is a relative statement in relation to the reference sequence. The supposed spread only reflects the geographical sequence of the tests.

The diversity of SARS-CoV2 is so high that clusters form even in small samples. It is no longer possible to clearly identify how the virus came to New York. Cf.

“Phylogenetic analysis of 84 distinct SARS-CoV2 genomes indicates multiple, independent but isolated introductions mainly from Europe and other parts of the United States. Moreover, we find evidence for community transmission of SARS-CoV2 as suggested by clusters of related viruses found in patients living in different neighborhoods of the city.”

These clusters must have formed in the United States in the past 3 months. Or SARS-CoV2 and everything that led to SARS-CoV2 is much older.

Alternative interpretations of the same data(!) from the gene databases suggest that SARS-CoV2 has been spreading in humans for 40+ years. Cf.

“We have to point out that the TMRCA estimation is strongly influenced by the genome sampling scheme. Since the earliest available genome was sampled on 12/24/2019 almost one month after the outbreak, the real origin of the current outbreak may actually be earlier than our estimation.”

“Assuming a synonymous substitution rate of 2.9x10-3/site/year, the recombination was estimated to have occurred approximately 40 years ago (95% HPD : 31-69 years; divergence time (t) = divergence (dS)/(substitution rate x 2 x 3), considering dS in RBD is 3-fold of genome average). The amino acids in the RBD region of the two genomes have been maintained by natural selection ever since, while synonymous substitutions have been accumulated. If this is true, SARS-CoV-2 may have circulated cryptically among humans for years before being recently noticed.”

It remains to be seen whether this preprint will make it through the much-hyped peer review process with which science “regulates” itself and the level of knowledge.

Viruses are probably as old as bacteria. The vertebrate immune system is the only measure to protect the body against new virus variants that are continuously developing. This is exactly what it was created for in the context of evolution. The vertebrate group emerged about 500 million years ago and the concept of the immune system may be even older. The immune system of vertebrates, at whose provisional end point humans stand, developed for 500 million years in close contact with the viruses. But modern medicine down-regulates the immune response with the help of corticosteroids, as many COVID-19 treatment protocols, especially from the United States, show.

Science is now promoting new medicines. Where are they used? 98% of the test positives show no or only mild symptoms. But the media uncritically mixes test and infection, infection and symptomatic disease, symptomatic disease and death. The severely affected persons are on the average 80+ years old and in the vast majority of cases suffer from severe pre-existing conditions. Nobody can say how many of the intensive care patients died as a result of premature respiratory support. In the meantime, intensive care patients continue to receive Fentanyl to stop breathing, otherwise artificial respiratory support will not work. These patients wake up, if at all, as junkies.

Intensive care medicine shows what it can do. In addition, there are medications such as remdesivir, which has been too toxic for Ebola therapy and fails in further tests.

All doubts have not prevented that remdesivir was approved in the USA in a flash.

Or chloroquine and azithromycin combination therapies, which can lead to cardiac arrest in people with previous cardiovascular diseases. Or chloroquine monotherapy, which causes damage to red blood cells in people with glucose-6-phosphate dehydrogenase deficiency. Glucose-6-phosphate dehydrogenase deficiency is the most common genetic defect worldwide with an incidence in Africa of up to 20-30%. Countries with a high proportion of people of African origin are particularly affected.

[english version at the bottom of the page]

Everything was initiated by a ramshackle test, hasty measures and a completely unjustified trust in the minimal excerpt of the evolution-machine nature, which is available in the gene databases.

Science and the policy advised by it will continue to run after the self-made crisis. Although it is very doubtful that a virus, that causes no(!) Symptoms in 50-70% of those infected, arrived in Europe exactly when the tests started, as some now want to make the public believe using curves of excess-mortality. And that in a patient population in which 40% of the intensive care patients in Germany came directly from the nursing home to the intensive care unit. Cf.

“And we have to bear in mind that the seriously ill COVID-19 patients, as the disease is called, are mostly very old, often ill people, 40 percent of whom come from nursing homes in need of severe care, and in Italy there are 2,003 Deaths from which only three patients had no serious pre-existing condition. So it is a group that has traditionally and so far received more and more palliative care than intensive care medicine, and now a new illness is being diagnosed and all of these patients are being turned into intensive care patients.”

In the current media climate and with the immense political pressure to justify the draconian measures and their consequences also in hindsight, it is very doubtful that there will be an independent scientific discussion on the zoonosis hypothesis. For which research proposals will funding be granted?

Millions of years of evolution, and in the past 20 years, by zoonosis new death viruses that threaten the world were created every 3-5 years? MERS, SARS(1), SARS(2), swine flu, bird flu?